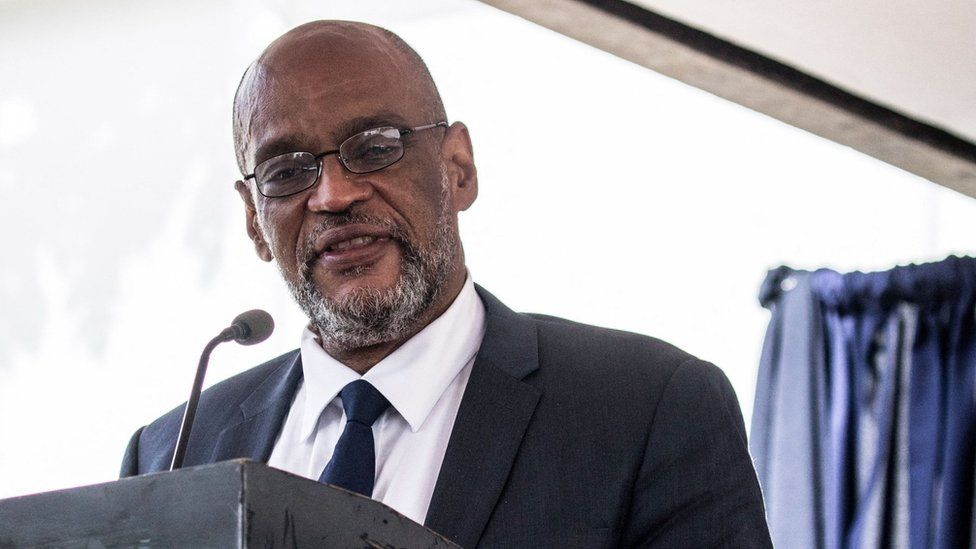 Haitian Prime Minister and acting President, Ariel Henry said, on Monday, that he was targeted in an assassination attempt during weekend National Day celebrations.

“An attempt has been made against me personally. My life has been put in the crosshairs,” said Henry, who has been de-facto running the country since the July assassination of president Jovenel Moise.

Clashes between police and armed groups erupted on Saturday during official celebrations in the city of Gonaives, some 150 kilometers (90 miles) north of the capital Port-au-Prince, where Haiti’s declaration of independence was signed over 200 years ago.

Photos provided to AFP by Henry’s office show a bullet impact mark on the windshield of his armored vehicle.

The events come weeks after groups of citizens and members of armed gangs in Gonaives had violently expressed their opposition to Henry’s visiting their city.

“I knew I was taking a risk,” Henry told AFP in a telephone interview.

“We cannot let bandits from any background, driven by the lowest financial interests, blackmail the state,” he said.

Long plagued by poverty, natural disasters and gang violence, the Caribbean nation has been without a functioning parliament and with a paralyzed judiciary for two years, and Moise’s assassination has only exacerbated the situation.

His murder six months ago in the private presidential residence underscored the deep political, social and economic crisis the Caribbean country has been stuck in for years.

While several Haitians, two US citizens of Haitian origin and about 15 Colombian nationals have been accused of taking part in the assassination and been imprisoned in Port-au-Prince since the summer, the investigation itself has shown few further signs of progress.

One of the suspects, arrested in October in Jamaica, will be returned to Colombia due to a lack of evidence, Jamaican media said on Saturday.

The growing reach of criminal gangs across the country is undermining hopes of improving the living conditions for ordinary Haitians, who are victims of daily kidnappings by ruthless groups.

Two years after the departure of the last United Nations police officers from the country, the prime minister insisted that Haitian forces will be able to restore security.

“So far I have never asked for foreign troops,” Henry told AFP, although he said the international community should support the country’s police in training “and possibly equipment.

At least 950 kidnappings were recorded in Haiti in 2021, according to the Center for Analysis and Research in Human Rights, an organisation based in Port-au-Prince.

Last October, 17 North Americans linked to a Christian aid group were kidnapped after visiting an orphanage near the capital in an area controlled by the so-called “400 Mawozo,” one of Haiti’s most powerful gangs. The last of the hostages were released last month.

In April, 10 people, including two French clerics, were kidnapped and held for 20 days by 400 Mawozo in the same region.

In August, a 7.2-magnitude earthquake killed over 2,200 people and destroyed or heavily damaged tens of thousands of homes in a nation still recovering from 2010’s devastating quake.

Adding to the country’s misery, 75 people were killed last month in an explosion while trying to siphon gasoline from a tanker that had crashed in Haiti’s second largest city of Cap-Haitien.

And even as the prime minister was reporting the attempt on his life, security officials said that 11 people — one of them a police officer — were killed in a foiled escape attempt from the country’s second largest jail at Croix-des-Bouquets, just outside the Haitian capital.

Three more police officers were seriously wounded in the incident.

Last February, more than 400 inmates escaped from the same prison in broad daylight, an event that resulted in the deaths of 25 people, including the jail’s director. (AFP)