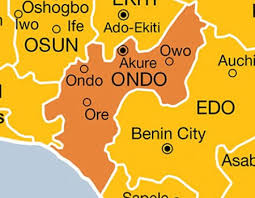 A total of 28 travellers in commercial buses have been allegedly abducted by gunmen along the Ado-Akure road in Ondo state.

The gunmen were reported to have swooped on the travellers’ vehicles on Tuesday while navigating through the bad portions of the road.

According to residents of the area, the passengers were in two vehicles, an 18-seater bus and the other a 9-seater vehicle with its driver.

A video of the incident posted on Twitter showed how residents of the area were complaining about the bad state of the road which has made it easier for kidnappers to operate.

“Our cars here are now passing through Ilawe. If anyone is kidnapped among us, who will bail him? We wonder the condition of the families of those kidnapped passengers will be right now,” one of the residents said .

The incident happened hours after south-west governors met with stakeholders in Ibadan, Oyo state, over the high rate of kidnappings in the region.

The governors agreed to set up joint patrol teams across the region to curb the activities of criminals “terrorising” innocent persons and making the highways unsafe for travellers.

They highlighted the need for state and community policing.