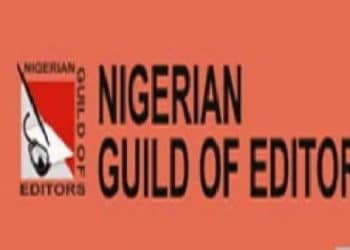 In a communiqué issued by the standing committee of the Guild following a meeting held in Lagos at the weekend, the body argued that the proposed legislation violates Section 39 of the 1999 Constitution, which guarantees “freedom of expression, including the right to hold opinions and to receive and impart ideas and information without interference.”

The standing committee of the Guild also elected Mr. Mustapha Isah as acting President to fill the vacant position of Mrs. Funke Egbemode, who has been appointed as Commissioner for Information and Civic Orientation in Osun State.

The NGE kicked against the proposed regulation of the social media space, declaring it as an attempt to gag press freedom.

The group recalled that previous efforts in that direction were usually “misconstrued by security agents and some public officials to harass, arrest and in most cases, illegally detain journalists and other Nigerians for holding their opinions.”

It urged the federal government to seek ways to maximise social media to disseminate information on its activities and policies.

NGE also called for engagement of the founders and promoters of social media platforms such as Facebook, Instagram and Twitter to creatively curtail extremisms of violence and hate speech.

The Guild warned that the proposed regulation will further worsen the country’s rating in poor record of Press Freedom and Freedom of Speech, which stands at 120 out of 180 nations surveyed.

The group argued that instead of ‘sanitising’ the social media, the government should engage and collaborate with the media to combat fake news and rumour.

Such synergy and partnership in an Information Age, is the best way to make the most of the advantages of social media which far outweigh any perceived disadvantages.”

The Guild added that the country has sufficient laws, including the Cyber Crime Act 2015 to deal with ‘hate speech’ and ‘Fake News’.

NGE further advised the federal government to test the existing laws “in accordance with due process of the law rather than create another legal instrument and atmosphere that would give agents of state the latitude to harass and criminalise citizens especially journalists.”