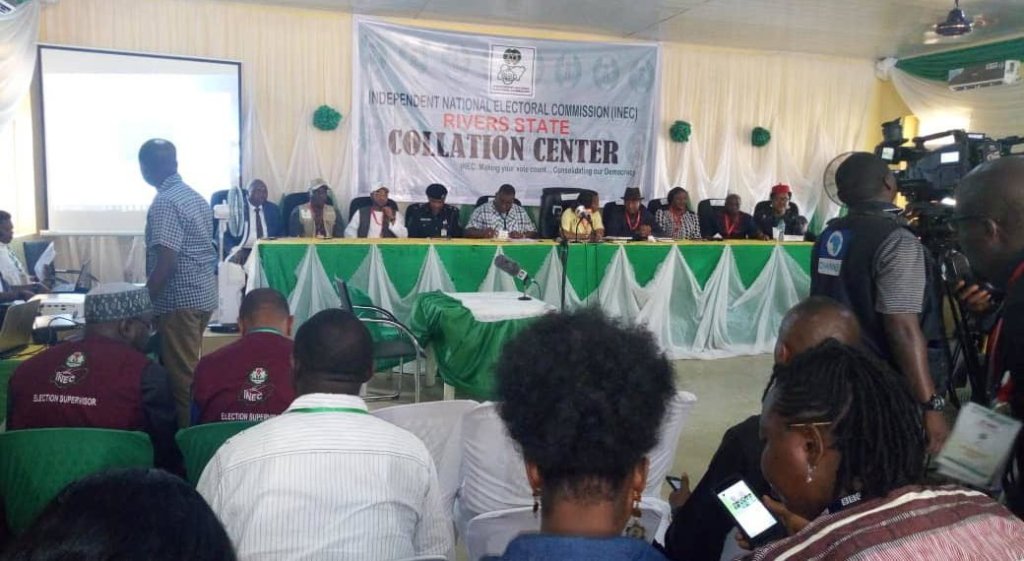 The Peoples Democratic Party (PDP) has won more four Local Government Areas in the ongoing collation of the May 9, 2019 Rivers State Governorship election by the Independent National Electoral Commission (INEC).

On Tuesday at the collation, the State Governor Nyesom Wike who is the PDP candidates for the guber election cleared 15 LGAs, while the African Action Congress, AAC, candidate, Biokpomabo Aware, has so far won two LGAs.

As at the time of this filing this report, PDP was leading in 17 out of the 23 LGAs in the state

Below are the results collated so far on Wednesday.

Meanwhile, the collection exercise has been suspended for three hours to enable the State Returning officer, Prof Teddy Adias, complete his work, probably for the declaration of the total result later in the day.

Israel could face austerity under next government