Growing up was tough –9ice 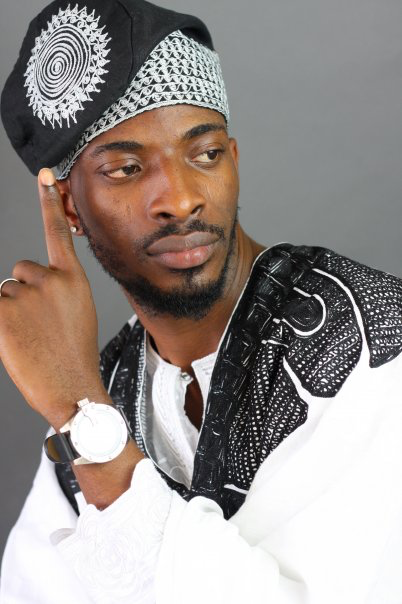 Since the debut of his hit single, ‘Gongo Aso,’  Abolore Akande, otherwise known as 9ice, has earned himself a name to be reckoned with in the nation’s musical industry. With a special disposition to making classical songs and irresistible lyrics, the Ogbomosho-born musical thespian has since blessed the industry with several hit songs and albums. In this chat with MUTIAT LAWORE, 9ice spoke on politics, growing up and fatherhood amongst other issues.

What is this thing about you being proverbial with your choice of words in most of your songs?

It’s all about the people. You know Nigerians like one thing, once they like one formula, just don’t change it, if you change it you are in trouble. If they like garri, they can drink it from January to December and once they don’t have the garri, they will complain. So, for me, probably, if it is in America, you can see an artiste that is an R&B artiste, he will rap, he will do this, he will do that and people will appreciate him more. But in this part of the world,  once they know you with a particular thing, you need to stick to it. If you do, they will love you for it.

A lot of things have changed about your personality.  Some people say 9ice is arrogant. Are you?

You can’t be the Prophet Muhammad (S.A.W); you can’t be anyone else, all you can do is to be yourself and you should be yourself almost every day so that when people find fault in you being yourself, it is very easy for you to adjust because you are being yourself. But when you are fake and people still complain, then who are you going to be? Remember that I’m an artiste; I am neither a prophet nor a pastor. So, it is not possible that people will not find fault in me. Even pastors are not free from faultfinding.

At what point of your career did you actually breakthrough the industry and what do you think made that possible?

I think it is as a result of being unique, and then some other elements like the kind of people I work with, people’s disposition to sound, Nigerians’ flair for originality or the fact that my kind of music is more societal. I think such factors contributed to the breakthrough and success as well. It was really not just the talent alone; it also involved the media, the producers, the yearnings of the people, the ability to fill the gap for the kind of music they wanted as at then, all worked together for the breakthrough.

What really inspires your kind of lyrics?

I have listened to songs from talented acts like King Sunny Ade, Pasuma, Wasiu Ayinde, 2Face Idibia amongst others and other types of music and I just fathomed that there was one thing lacking – the type that our own generation wants. I just found out that our own generation doesn’t want to listen to those old tunes and the older ones did not also want to listen to ours.

They saw it as some nonsense; so, they usually felt like what the hell were all these songs these people were singing? Why didn’t they try and listen to the kind of music they sing. I saw a need to balance these two. So, I tried coming up with a kind of music that would accommodate the two and glory be to God because today, old papa and old mama like our music; they dance to it and the younger ones too do not see it as old tunes.

You talk so much about children in your songs. How are you enjoying fatherhood?

The thought of kids keeps me going. I think that is the only thing that will make me to stay alive till another day. When you have kids, you want to be there for them when they go to school, when they go through troubles and other challenges of life, when it is time for them to get married and to start raising their own families. Although sometimes some situations may make one to decide against it, but when you think about the joy and so many other things surrounding it, you are just pushed to have a second thought.

Now that you have had a taste of politics, what has changed about your impression about politicians?

My perspective is this, don’t promise what you cannot do, if you are running for the post of the president, don’t come out and promise – I will give you light, water, good roads, there will be plenty of food and so on; don’t say that. If you know you are gunning for presidency in Nigeria, from January to December and you plan to fix or do the roads, run your manifesto well, set your priority right.

Come in and tell them road is your paramount target and ensure that you do this so after the four years, there will be roads everywhere. Once people see this, they will surely vote you in for another term. What is important about Fashola is good roads, water wasn’t that available, security was average, it’s like he came to eradicate the history of Tinubu and Tinubu was the one that had the master plan. But when you have an identity, it goes faster in this part of the world and then to other places.

Are you going to have a re-run in the next election?

Which of your previous works will you tag your best?

That will be ‘’Anytime’’ because it is about a personal experience. It is a song that describes my life experience in about five or three minutes and it is a song that I tried as much as possible to touch every part of my life; every experience that I have had in just a bit and pieces. To me, it makes a lot of sense. So, it is one song that I tagged best.

It was difficult, hard, and almost the type that made living impossible. Then, when we chop eba in the morning, drank garri in the afternoon; we wouldn’t ask for dinner again, we just went to bed and slept. We had parents but there was nothing much they could do, so no one could blame them. Even if you do, when you are a father or a parent, you will realise or understand what it is to be a parent.

You can imagine sometimes, even me, I paid my children’s school fees late and sometimes, I called the school and appealed to them to give me till the next term. So, you see, it’s challenging to be a father or a parent generally.  It’s when you wear the shoes that you will know where it hurts. That is why I can say thanks to my mum and dad today because for them to have been able to do the little they did, it must have been a great deal of efforts. In short, life was very hard while growing up but today I say glory be to God almighty.

You are so passionate about your mum, what is the relationship like with her?

READ ALSO: I was tempted to compromise 2019 general elections in Kwara -REC

Yeah, actually she is my step-mum not my real mum because she is the one that I know as my mum; she is the one that when you talk about food, about shelter, she’s the one. Those times, when father would have gone out in the morning and arrived in the night and sometimes he would come home with nothing, I would have eaten breakfast and lunch because she was there. For me, she is a role model; she’s more than a mother to me. May her soul rest in perfect peace, Amen.

What is that one lesson that you learnt from your stepmother that still keeps you going?

The most important thing is to stay humble no matter the circumstances, no matter the trouble the world brings to you, just stay true to yourself and believe in God almighty.

How do you react to negative stories written about you?

Before, I used to feel terrible, I used to feel like, let me just see the person and beat him, but after a while, now, I always think that if one week goes by and nobody talks negative about me, I will check myself. It has become part of me so much that when people say bad things about me now, I just look at what he is saying, what angle he is coming from, did he create the account because of me, how many people is he following and so on. I just check so many things about it and consider if it is worth replying or not; if I need to check myself or not because sometimes, someone might say something that will change one totally. So, checking the circumstance and weighing  it before making a decision is  what one needs  to do.

Do you watch your own musical video?

I would have watched it one million times before I released it. Before you get to criticise me, I have watched it over again, so I would have had an idea of whatever anyone has to say. If it gets to the open, it must have been because there was no money to start correcting it. My hope and wish always was that you don’t see it and if you see it there is nothing I can do about it.

If you were to do a song about yourself, what title would you have given it and why?

If I am to do a song about myself, I will say ‘my story, my sin,’ that will be a perfect title because people will not tell you that you have done something wrong; so it is from a story that people can say you have sinned and how best can you describe a life of a man or human being without a story, without negativity or then sin so to say.