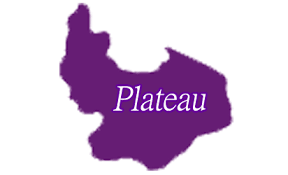 A group, Plateau Youth G-17, has advised Plateau government to reject the proposed establishment of Ruga settlement in the state by the Federal Government.

Mr Song Muru, Acting Secretary of the group gave the advice at a press conference on Friday in Jos.

The News Agency of Nigeria (NAN) recalls that Mr Mohammed Umar, the Permanent Secretary of the Federal Ministry of Agriculture and Rural Development, on Tuesday, disclosed government’s plan to establish the Ruga settlement for herdsmen in some states in the country.

Umar said the farm settlements when fully established, would address incessant clashes between herdsmen and farmers.

NAN reports that Plateau is among the states selected for the establishment of the planned settlements.

According to Muru, the planned scheme is only aimed at displacing the indigenous natives of the state from their ancestral lands.

“It will favour a particular ethnic group against others,’’ he said.

He said considering the deep-seated mutual suspicions and the fragility of the security situation in the state, the move to establish the settlements would truncate the fragile peace currently enjoyed in the state.

The acting secretary, who described the move as “land grabbing in disguise’’ called on the state government to heed to the call of the people to reject the planned scheme in the state.

”As youths, we firmly wish to caution the people and government of Plateau concerning the move by Federal Government to establish the Ruga settlement in the state.

”We strongly believe this plan is tilted towards favouring a particular ethnic group against others. It is also a move to displace indigenous natives from their ancestral lands.

”So, we call on the government of Plateau to openly reject any form of land grabbing in the name of Ruga Settlement,” he urged.

Muru called on the government to focus its resources toward recovering the lands of farming communities in some parts of the state that were forcefully occupied and renamed by Fulani herdsmen.

NAN reports that the governments of Benue, Taraba, Imo states, also rejected the establishment of the settlements in their domains. (NAN)