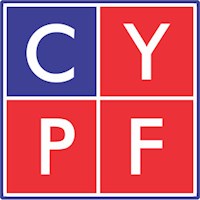 Child and Youth Protection Foundation (CYPF), a Non-Governmental Organisation (NGO), says it has plans to support more than 500 girls in public schools in the Federal Capital Territory on ICT training.

The National Coordinator, Mr Olatosimi Kolawole, told the News Agency of Nigeria (NAN) in Abuja on Thursday that the programme was aimed at reducing the rate of child labour in the country.

He said that the NGO was passionate about creating an environment devoid of all forms of child labour and abuse.

According to him, ICT knowledge will help school children to compete favourably with their counterparts anywhere in the world.

“Lack of ICT knowledge has placed an average government school child at a disadvantage and results in poor academic performance, especially when moving into the higher institution since the entrance examination is now computer-based.

“They might not be able to compete with their mates within and outside the country; to this effect, we decided to bridge this gap by training girls in government primary schools on basic computer use and ICT skills.

“We have provided some computer systems to some schools for effective learning and have been able to train over 50 girls and 20 boys in government primary schools already, meanwhile, we intend to do more.’’

Kolawole described ICT knowledge as an added value to learning.

He said besides ICT training, the foundation was also involved in the ‘girl child education support scheme’.

“We also support male children who are exposed to any form of child labour and abuse because the right to education is a fundamental right of a child.

“We have been able to support over 40 girls through this scheme and some have transited into higher institutions.

“We have decided to use education as a tool to eliminate child labour and abuse in all its forms,” Kolawole said. (NAN)

Powerlifters have proved they are unstoppable – President PCN