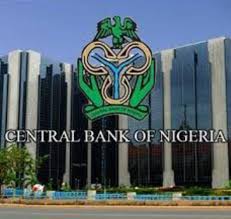 A group, the Access to Justice, has described as ‘gross abuse of regulatory powers’ the decision by the Central Bank of Nigeria to freeze accounts of 20 promoters of #EndSARS protests.

The group, in a statement accused the Apex bank of descending into “partisan political arena,” which it described as appalling.

“On Friday Nov. 6, 2020, the Central Bank of Nigeria (CBN) obtained a court order for the freezing of more than 20 accounts of persons associated with the EndSARS protests. Access to Justice denounces the actions of CBN and is dismayed by the Order given by Hon. Justice Ahmed Mohammed,” the statement stated.

“Illegalities by CBN began well before Order was given. The freezing of accounts linked to EndSARS protesters began well before the Court issued its orders, specifically in October 2020, at the time the EndSARS protests were taking place and were adjudged relatively peaceful. The CBN reportedly ordered commercial banks and payment platforms to freeze accounts linked to persons associated with the protests.

Following up its actions afterwards by seeking a court order shows the CBN knew it was acting illegally when it directed commercial banks to freeze the aforesaid accounts, but went ahead anyway to do so. Court orders do not have a retrospective effect, therefore the CBN’s prior actions were wholly unlawful and unconstitutional.

This organization is concerned about the growing erosion of the CBN’s independence and political neutrality. The CBN is transforming into a partisan political organ of the government and putting its vast regulatory powers into illicit partisan political uses, for the purpose of suppressing the legitimate exercise of constitutional rights of freedom of speech and expression. This is appalling for a Central Bank for many reasons,” it added.