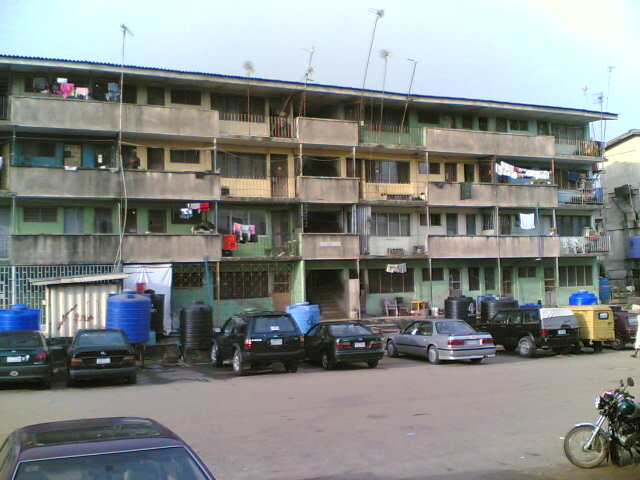 Some residents of Gowon Estate in Egbeda area of Lagos State have sent an appeal to the state security agencies concerning frequent attacks, lack of security and increase in robbery cases in the area.

They told the News Agency of Nigeria (NAN) on Monday that they had never had it so bad in the estate.

Mr Nathaniel Okoro, a former Chairman, Gowon Estate Community Development Association (CDA), said that the beer parlour at the Car Wash on 51 Road was robbed with the patrons helpless.

“On 34 Road, someone coming out of B Close, to go to work was accosted at around 5.30 a.m., and attacked with some machete cuts while being robbed.

“Also, in a Customs block, on 51 Road, robbers entered a flat and robbed the occupants which resulted in a fatality.

“Two ladies going to work in the morning on a certain day were accosted at Ponle bus stop entrance and robbed,’’ Okoro said.

The former CDA chairman also said that some residents going to Ponle bus stop were accosted on 41 Road by suspicious persons lurking under the coconut tree in front of a beer joint attached to a Police block and robbed without help.

Alhaji Dauda Oyebanji, the Chairman, Gowon Estate Community Mosque, told NAN that on 411 Road, A Close, some residents of blocks were attacked and  robbed few months ago.

He noted that within the same area on 411 Road, where an electricity transformer is installed, it had become a free spot for youths in the area to gather from 8.30 p.m. to 10 p.m. to smoke hard drugs like Indian hemp, among others.

Oyebanji said that residents of the blocks had cried out repeatedly over the menace without the situation being put under control as perpetrators were said to be wards of security personnel.

“In most cases the smell of Indian hemp takes over flats in the buildings, thereby making it impossible for occupants to breathe properly,’’ he said.

The community leader said that: “On 121 Road, the security personnel were tied up at gun point and some houses on the road robbed.

“All over the estate, mechanics and motorcycle operators have taken over all the roads while the road users are left at their mercy. Whatever space is left is taken over by used dealers of fairly-used cars.

“Shanty shops litter the whole spaces and are covered with sleeping quarters at night by people whose characters or identities we do not know.

“The point is, the bonafide occupants of the estate are no longer sure of the security of their lives and property.’’ Oyebanji said.

READ ALSO: Africans looking for another Mandela to give them hope

Another resident who preferred anonymity said: “Something needs to be done by the Lagos State Environment and Special Offences Enforcement Unit and the Rapid Response Squad (RRS) to stem this slide into security hopelessness and urgently too’’.

When contacted, DSP Bala Elkana, Police Public Relations Officer in the state, said residents of the estate should organise their internal security.

“Every estate all over the country organises private security. Residents of the estate should organise themselves.

“We all live in estates and there are people in charge of estate management who we pay security levy to or people should organise private security to patrol the estate.

“It is just like asking police to guard everybody’s house. It’s a different issue if the estate is making arrangement for a police post in the estate or requesting for increase in manpower.

According to him, the estate management should sit with the Divisional Police Officer to discuss the areas where there are gaps and see how those gaps can be filled.

“If the DPO feels that there is an area which the Command Headquarters needs to address, she will contact us,’’ Elkana said. (NAN)

I learnt secrets of business from working for others-Akinola Ogunsola, CEO, Possible and Affordable Furnishing Solution