Governorship run off: PDP, APC retreat to the trenches 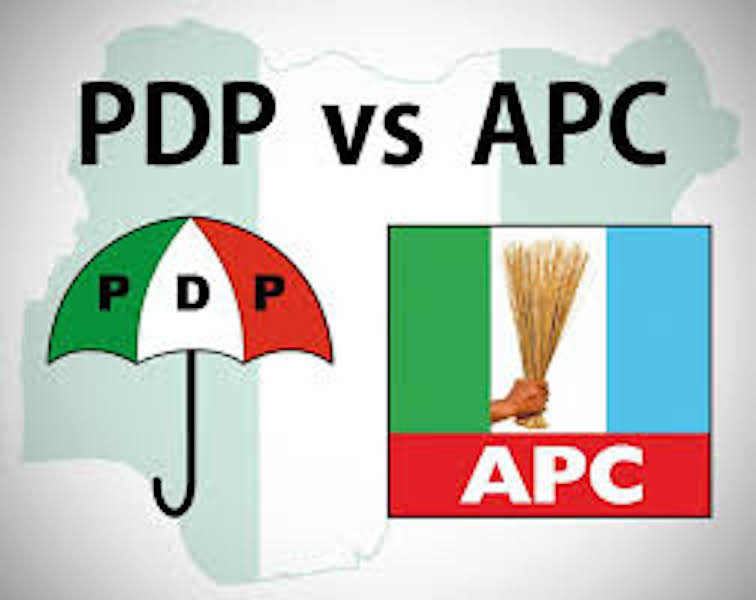 With the Independent National Electoral Commission, INEC, declaring the Benue State governorship election inconclusive, correspondent Aviashima Toom, writes on the renewed battle for the peoples’ mandate by the two dominant parties in the state, the Peoples Democratic Party, PDP, and All Progressives Congress, APC.

Ahead of the March 23 re-run election in Benue State, investigations by The Nigerian Xpress have revealed that the two dominant parties in the state, the Peoples Democratic Party, PDP, and the All Progressives Congress, APC, have retreated to the trenches, perfecting strategies on how to clip the wings of the opponent.

Though PDP and its candidate, who is also the incumbent governor, Samuel Ortom, according to results released by the Independent National Electoral Commission, INEC, is leading his APC challenger, Emmanuel Jime with over 81,554 votes, the opposition is still very optimistic of turning the table.

Senator Goerge Akume, the leader of the opposition party, is reported to be deploying every single weapon in his arsenal towards ousting Governor Ortom, his erstwhile political godson.

Sources close to the now embattled former strongman of Benue politics, who lost his bid to return to the senate, revealed that the APC under his leadership has been mounting tremendous pressure on President Muhammadu Buhari to intervene in the election run-off with the view to assisting the APC candidate to power.

Though, impeccable sources revealed to our correspondent that the Presidency is reportedly adamant to the request, another source indicated that the party in the state has resorted to lobbying the president through some powerful aides of his on the need for him to intervene in the Benue case.

Findings also revealed that several other options are been weighed by the APC in the state towards ensuring that their candidate pulled through at the election re-run.

Also, there have been accusations and counter accusations by both the PDP and APC in the state. First to throw the salvo was the APC which accused the PDP of massive rigging during the governorship election. The party, which equally called for the removal of the state’s Resident Electoral Commissioner, REC, over what it terms as bias posturing, equally accused the PDP of vote buying and other electoral crimes.

In an interview with The Nigerian Xpress, PDP state Publicity Secretary, Mr. Bemgba Iortyo, accused the APC of planning to manipulate the run-off election. He said the party has received intelligence information on how the opposition party, in connivance with security agencies plan to rig the election.

Iortyom told this medium that PDP was deeply rooted in the state and any attempt to subvert the collective wishes of Benue people will be met with a very stiff resistance.

Governor Ortom, while reacting to the development said there was no cause for alarm, stressing that PDP in the state was good to go.

READ ALSO: 2019 poll: How Rivers election was suspended by INEC

Ortom, who said INEC should be giving the benefit of doubt over her capacity to conduct unbiased run-off election, however, wondered why having defeated his opponent with a wide margin, the election was still declared inconclusive.

Ortom added that the opposition plot, which had already been revealed by Akume, was aimed at targeting the strongholds of the PDP with the aimed to disrupting election in same, pointing out that what transpired in some areas where PDP was dominant during the governorship elections, leading to some cancellations, is a manifestation of the evil plans of Senator Akume and his collaborators.

As horse trading continues to rage, tempers are high, leading to tense atmosphere in the state with even economic activities not been able to fully kick started.

Findings at INEC, however, seem to indicate a new twist in the entire scenario of the run-off election. This is born out of the fact that though INEC said the number of registered voters in the cancelled areas stood at 121,094, another highly reliable source indicates that the number of PVCs collected at the affected areas is slightly above 50,000.

Should that be the case then, the PDP candidate would have been home and dry, even if the APC is able to garner all the over 50,000 votes being contested for.

A cross section of those who spoke to our correspondent, however, expressed satisfaction with the decision by INEC to carry out the run-off election in the affected areas. This they said would avail those who were not able to exercise their franchise to do so even if it was not going to change the tide as it is.

The PDP, according to those spoken to by our correspondent is in pole position to clinch majority vote during the run-off.

They based their submission on the grounds that the party won the three senatorial and six Houses of Representative seats as well as18 House of Assembly seats with six been inconclusive. The factors that shaped the voting pattern during the presidential/National Assembly as well as the governorship/House of Assembly elections were still very much entrenched in the state.

The Nigerian Xpress findings revealed that among other factors, the chief of them remained the handling of the herdsmen attacks on Tiv communities by the Federal Government which culminated into the APC given the toga of a Fulani party.

This factor was largely responsible for the fall of Senator Akume and his party during the senatorial election. Having been in the saddle for eight years as governor and again as a Senator, Akume’s alliance with the APC at the federal level was believed to have largely made for decimation of his political carrier during the polls.

Should this factor play out at the election, then Governor Ortom would have return to Government House for his second tenure. But politics is an unpredictable game where sometimes, the unexpected happens.

Police Recruitment: We are yet to begin screening of applicants