...Gives Reasons Behind Umahi’s Entrance into the APC 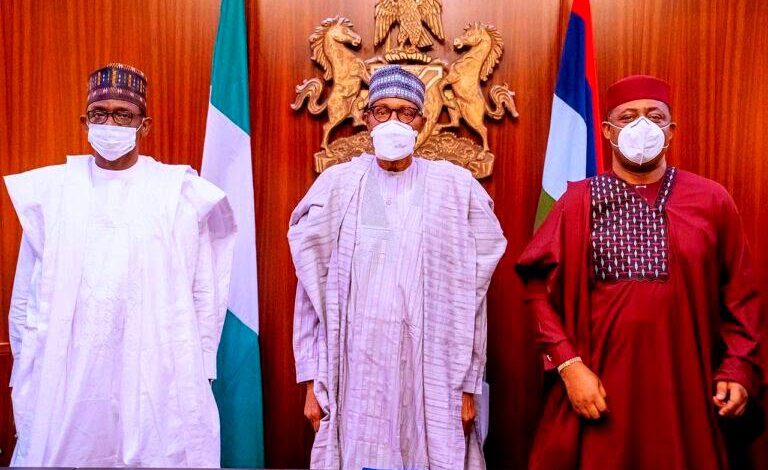 Former Technical Assistant to Governor Dave Umahi of Ebonyi State on Media, Lady Monica Chidinma Ada Eze, has urged the leadership of the Progressives Congress (APC) to  apply caution in her engagements with the newest entrant into the party, Chief Femi Fani-Kayode.

Lady Monica the President and Founder of DUNAETA an NGO promoting democracy in the old Eastern Nigeria said the counsel became necessary after the former Aviation Minister credited the entrance of Govs. Umahi, Ayade and others, into the ruling All Progressives Congress, to himself.

“After watching the interview granted by former Minister of Aviation, Chief Femi Fani-Kayode, at the State House, Abuja shortly after his formal defection to the APC, where he claimed that he lured my uncle, the Governor of Ebonyi State and  Chairman of the South East Governors Forum, Engr. Dave Umahi, into the All Progressives Congress, the need for the party to deploy an appreciable degree of caution in her dealings with the new entrant becomes exigent.”

In a statement made Available to media houses in Abakaliki, the Ebonyi State Capital, Monica said although she holds no grudge against Chief Kayode’s defection into the APC, even though he was at the forefront of the fight against President Buhari/APC administration, but taking credit for the exit of Umahi from the People’s Democratic Party in the way and manner he did is totally unacceptable and his bogus claim ridicules the integrity of the governor.

Lady Monica AKA Ada Ebonyi maintained that the rationale behind the exit of Umahi from PDP and his subsequent entrance into the APC, is a public knowledge and thus it is mockery for Chief Kayode to scamp for relevance through non-existent facts and a tale of fanciful fantasy.

For avoidance of doubt, Monica said as a PDP Governor, while others take pleasure publicly insulting and ridiculing President Muhammadu Buhari and his administration, Governor Umahi warned us (his Aides) against joining the clique of non-patriots who demonise Buhari for no just cause.

It is on record that Governor Umahi looks on President Buhari as his political father and has done everything to conduct himself within that realm so how can Kayode claim that he is instrumental to a son joining his father at the centre based on relationship between Buhari and Umahi.

To show his firm relationship with Umahi, Monica said that during President Buhari’s State visit to Ebonyi in 2020, President Buhari, slept and spent two days in Abakaliki the State Capital of Ebonyi, commissioning and inaugurating projects after projects, a feat no other State in Nigeria has achieved apart from Kastina, where President Buhari has stayed more than two days.

Furthermore, the former Aide to the Governor said Governor Umahi joined the APC to relink the South East to the Federal Government and mainstream of the politics of Nigeria and to expose PDP as a party that cannot offer any meaningful development to Ndi-Igbo.

Notwithstanding the unalloyed support that the South East has offered to the party for over 20 years, Lady Monica said denying the Zone the party’s 2019 presidential ticket in the midst of eminently qualified persons is atrocious and pricks the conscience.

For Chief Kayode, a newbie in the APC to claim after all these facts that he was instrumental to Umahi entrance into the Party, is self-serving, unfortunate, unbecoming and insulting to the person and personality of Governor Umahi.

Monica, therefore, urged Chief Fani-Kayode to, as a matter of urgency, withdraw his frivolous statement in order to revalidate his claims that Governor Umahi is his friend.

Police warn against attending vigils to avoid being kidnapped