Gov. Sule swears-in APC state excos, urges them to abide by their Oath of Office 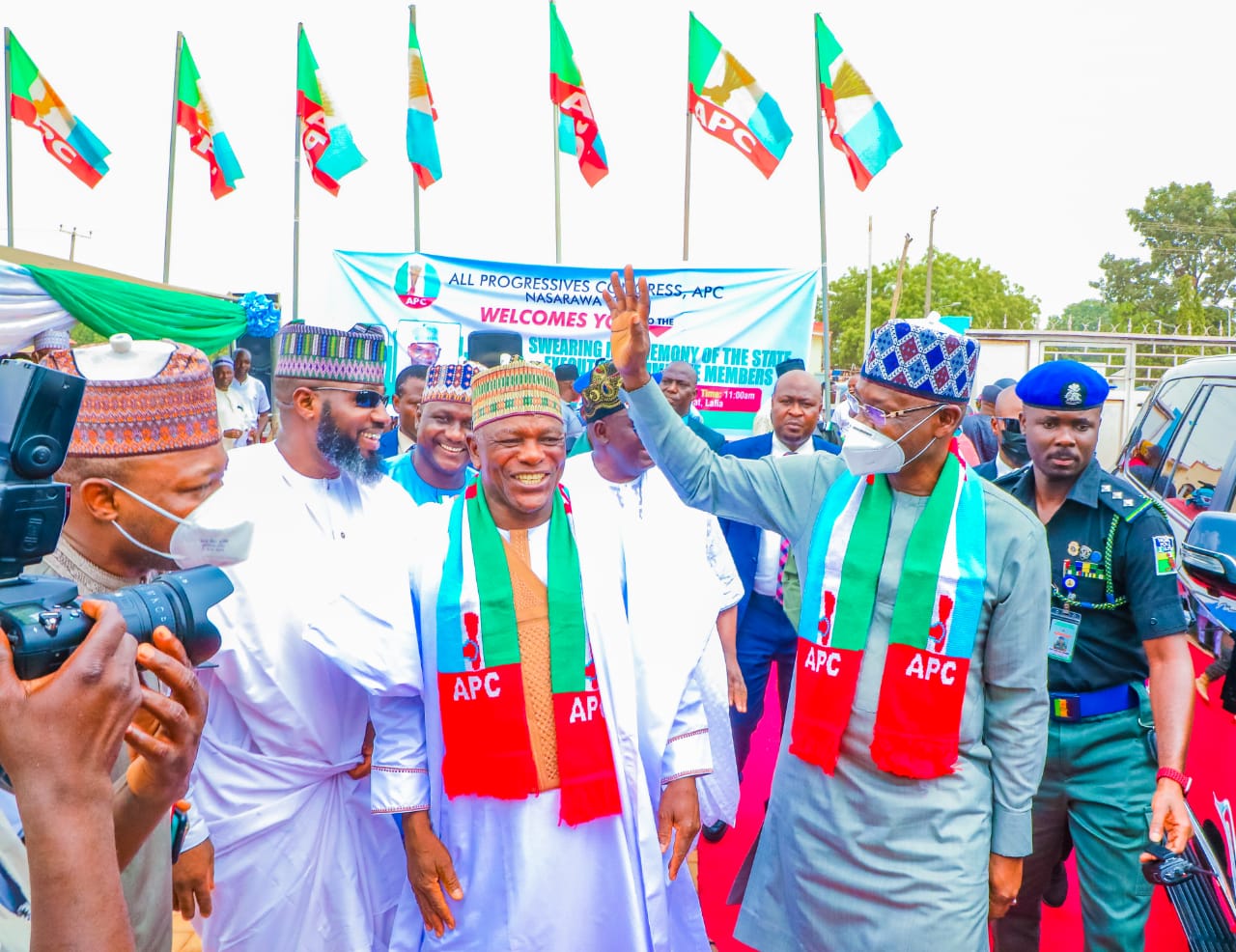 Governor Abdullahi Sule of Nasarawa State has sworn-in members of the state executive committee of the ruling All Progressives Congress (APC), urging them to abide by their Oath of Office.

Governor Sule laid the charge shortly after the members of the state executive committee of the APC, took their oath of office at a ceremony which held at the party’s secretariat, in Lafia, on Wednesday.

While recognising the sacrifice them newly inaugurated officials are making, serving the party in loyalty and honesty, the governor however urged them to always remember their oath of office.

“Because you said you swear that you are going to be fair, transparent, just, honest and with the fear of God. These are very strong words that you have sworn to and I pray that you will continue to do it in that manner,” he stated.

Governor Sule further appreciated the prevailing peace in the state, unity and stability.

He used the opportunity of the event to appeal to party faithful, to shun divisive tendencies and to put away selfless interest for the unity and growth of the party in the state, especially as the campaign period approaches.

The governor also used the opportunity to show appreciation to party, major stakeholders as well as people of the state, for the support his administration enjoyed during the visit of President Muhammadu Buhari.

According to him, President Buhari was excited with the development in Nasarawa State, which explains why he continuously referred to the state as his political laboratory.

He pointed out because of this and other reasons, efforts must be made towards ensuring the unity of the party in the state.

“We have to understand that this party is beyond A. A Sule, beyond the Speaker or anyone for that matter. It’s a party for all of us. Don’t destroy the party now just because you can’t get what you are looking for. You must work together to strengthen the party.

“If indeed, Nasarawa State is the political laboratory of Mr President, we must continue to show that,” he said.

Commenting on the approaching national convention of the party, expressed optimism that the position of the national chairman will come to Nasarawa State.

He however promised to support any of the two gladiators from the state that emerged victorious, stressing that informed the decision to admonish political appointees not to overheat the polity through their utterances.

“Contesting in itself is not a bad thing. Everybody has the right to contest. But if you contest and lose please come and work with those who are winning,” he stated.

In a goodwill message, Speaker of the Nasarawa State House of Assembly, Rt Hon. Ibrahim Balarabe Abdullahi, appreciated the governor under whose leadership the APC has continued to witness stability, unity and progress.

He expressed optimism that the newly inaugurated state executive committee of the party will further build on the development so far recorded.

Also speaking, former deputy governor and federal commissioner representing Nasarawa State at the National Population Commission (NPC), Silas Agara, congratulated the governor for the beffiting reception in honour of President Buhari who was on a two-day working visit to the state.

Agara noted that the combination of the office of the governor and that of the party, will usher a conducive atmosphere for political activities in the state, especially within the APC family.

He used the opportunity to urge the governor and the party chairman, to move out as a matter of urgency, to ensure that by the grace of God, the office of the national chairman of the party comes to Nasarawa State.

Earlier, in a welcome address, state chairman of the APC, Hon John Mamman, appreciated all those who attended the event, stressing that their presences is a demonstration of their commitment to see to the progress and development of the party.

The event was attended by the state Deputy Governor, Dr. Emmanuel Akabe, members of the national assembly, principal officers and members of the state assembly, National Vice Chairman of ALGON and Chairman Lafia Local Government Area, Hon Aminu Mu’azu Maifata, among others.