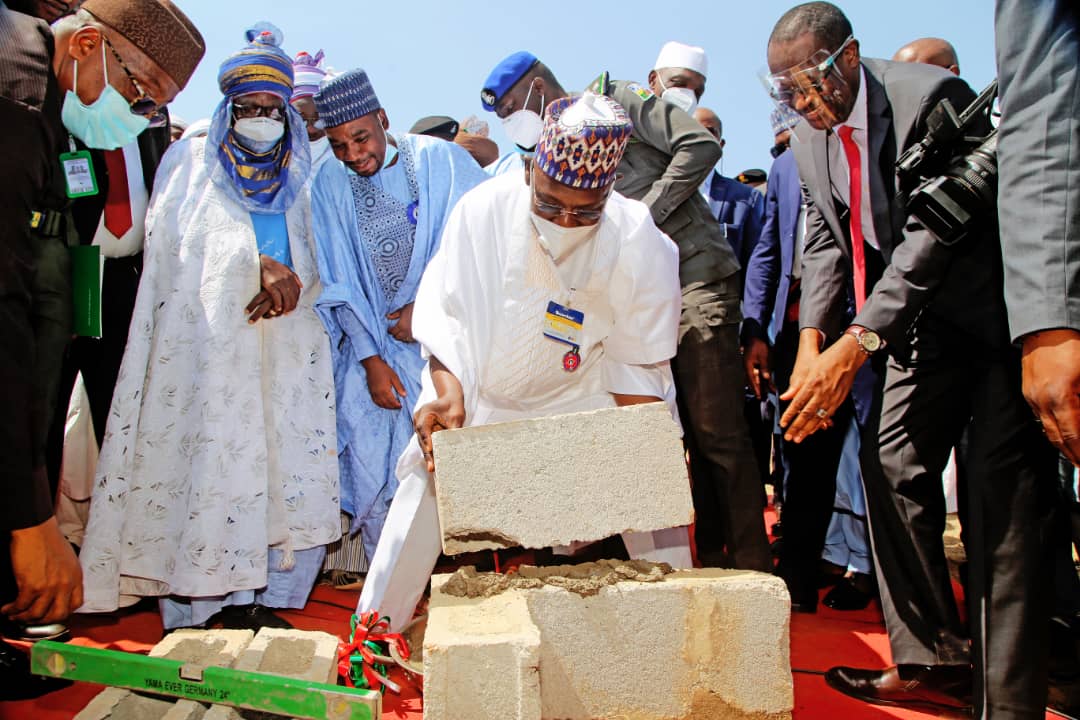 Governor Abdullahi Sule of Nasarawa State has restated the commitment of his administration to support individuals coming into Nasarawa to further develop the state.

Governor Sule made the commitment during the foundation laying ceremony for the Brekete Family Smart City project, in Gurku,  Karu Local Government Area, on Wednesday.

The governor, while commending the Brekete Family for initiating the project, aimed at providing housing for low and middle income earners, said his administration will continue to support the initiative,  which is in line with the policy thrust of his administration.

Governor Sule, however, appealed to the owners of the project, to ensure that only ordinary people, who have no hope of owning their houses, are allowed to benefit from the project.

The governor used the opportunity to assure Nigerians that in spite of the security challenges witnessed in the state recently, particularly the murder of the APC State Chairman, the late Chief Philip Tatari Shekwo, Nasarawa State still remains peaceful and conducive for doing business.

He equally thanked the Federal Government for all the support given to the state,  particularly the road leading to the site of the Brekete Family Smart City.

Governor Sule identified Karu, Kabusu and Gurku,  as areas already marked out for development, being gateways to the Federal Capital Territory, with especially Gurku suitable for massive housing scheme, in order to provide accommodation for employees working, in Abuja.

Commenting on the popular radio station, the Brekete Family,  ran by the Ordinary President,  Ahmad Isah, the Governor gave his word that he is willing to answer questions seeking clarifications regarding the activities of his administration.

Earlier, Consultant for the Smart City project, Dr. Iyke Ezeugo, said Brekete Family Smart City project will be carried out on about six hundred hectares of land  and  70 units  of houses, comprising 2 and 3 bedrooms semi-detached bungalows, as part of the first phase of the project.

Ezeugo explained that the concept was first initiated as Sites and Services, where the firm will provide land, as well as services that will make the land habitable.

He explained that with the new partnership with the Federal Mortgage Bank, through the cooperative housing development scheme, subscribers are required to pay only 10 percent of the total cost of the completed building, with the 3-bedroom pegged at N9.2m, while the 2-bedroom costs N2.5 million.

On his part,  Managing Director of the  Federal Mortgage Bank, Ahmed Musa Dangiwa, said the approval of the loan to the Brekete Family housing cooperative platform, Watershed Credit and Thrift Cooperative Society Limited, as well as the foundation laying ceremony, are indications of the bank’s desire to continue to empower ordinary Nigerians in the area of house ownership.

Dangiwa then commended the Nasarawa State Government, for supporting the Brekete Family on the project, as well as the tremendous support the FMB has continued to receive.

The FMB MD recalled that only recently, 100 housing units were delivered, under the FMB/NLC/TUC/NECA collaborative project at Kwandere, with the bank presently financing the construction of an estate for the Dalhatu Araf Specialist Hospital Multipurpose Cooperative in Lafia, the state capital.

Senator raises the alarm over ocean disaster in Ondo community