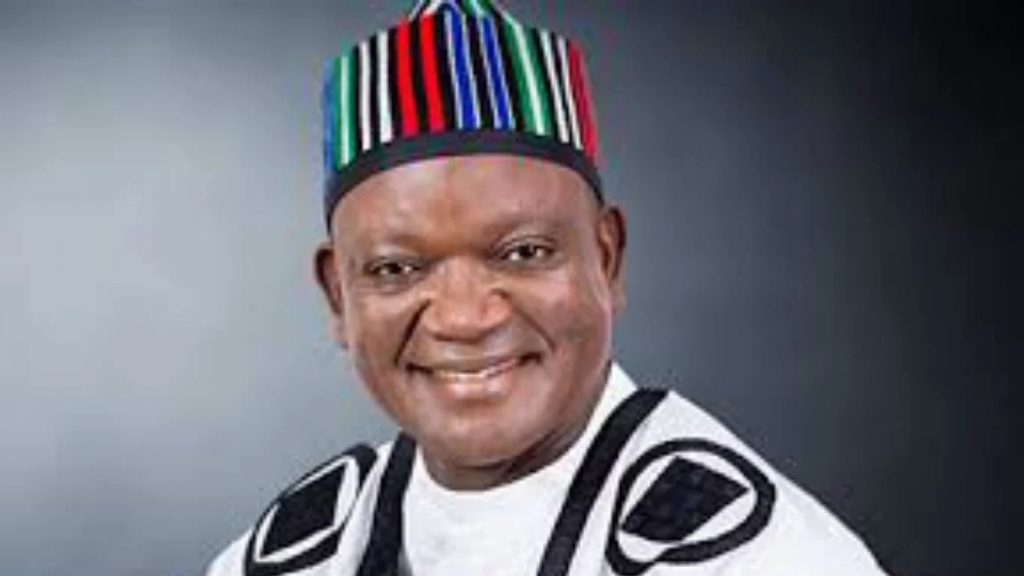 Governor Samuel Ortom of Benue State has added his voice to the call for review of the Economic Community of West African States (ECOWAS) Protocol on Free entry for member countries in order to stop the influx of foreign herdsmen into Nigeria.

Governor Ortom made the call today in Zaki-Biam, Ukum Local Government Area of the state at the commissioning of the reconstructed Zaki-Biam yam market.

Governor Ortom urged the Federal Government to stop armed herdsmen from freely entering Nigeria, even as he also called for the arrest of leadership of Miyetti Allah Kautal Hore for making inciting statements and taking responsibility for killings in Benue.

He said it was worrisome that with the Federal Government’s Economic Diversification Programme, there has been a resurgence of armed Fulani herdsmen attacks on Benue communities, especially in the rural areas, stressing that between April and June, this year, over 60 people had been killed by armed herders across the state.

The governor stated that Benue alone would have provided food security to the entire country but activities of Fulani herdsmen militia had continued to thwart the efforts.

He reminded Vice President Yemi Osinbajo  of his promise that the Buhari administration would rebuild homes ravaged by militia herdsmen in Benue during his last visit to the state, pointing out that thousands of displaced people were still living in Internally displaced persons camps.

The governor, who commended President Muhammadu Buhari for the reconstruction and inauguration of the Zaki Biam yam market, noted that it has direct impact on millions of poor households and would go a long way in preventing post-harvest losses and ensuring food security.

Vice President Osinbajo, who commended Governor Ortom for his support for the success of the project, described the Zaki-Biam Yam Market as the ‘biggest’ in Nigeria and pledged Federal Government’s plans to provide solar energy and access roads to the market.

The Zaki Biam yam market was destroyed during the Tiv/Jukun crisis of  2001 when Zaki Biam, Tse Adoor, Gbeji, Joorta and many o fu her places at the Benue/Taraba boundary.

Senate to probe BPE over non-performance of Paper Mills