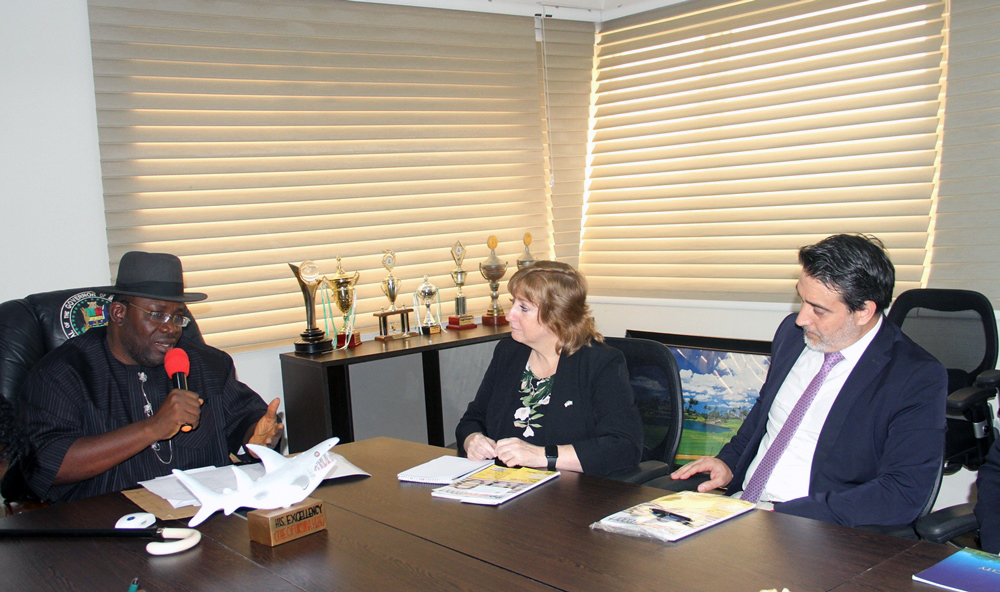 Governor Henry Seriake Dickson of Bayelsa State has called on the United States Mission, in Nigeria, and the international community to prevail on the Independent National Electoral Commission (INEC), security forces and other key agencies of state on the need for neutrality in the November 16 governorship election in the state.

Dickson’s Special Adviser on Public Affairs, Mr. Daniel Alabrah, quoted the governor as making the call, on Wednesday, while receiving in audience the Deputy Chief of the US Missions in Nigeria, Kathleen Fitzgibbon, at Government House, in Yenagoa.

Governor Dickson thanked the United States and friends of Nigeria for their interest in the conduct of elections in the country, especially the electoral process which he said is more important than the outcome.

He urged the international community to pay special attention to the state and not limit their scope to Lagos and Abuja.

He recalled the wanton destruction of lives and property and the unprofessional conduct on the part of INEC and security agencies like the Army during the last general election in the state.

His words, “I know there are some challenges and this is one state that has challenges during election. Challenges of how to restrain the youths, of power, of how to support the institutions and agencies of state whose neutrality should be as clear as anything else. Killings and all kinds of things take place in the name of elections.

“We know the importance of your visit. So, we call on your Mission to show more support to the agencies of state, INEC, to the law enforcement agencies, to keep making the point about the need for neutrality, and to also use your very wonderful network and access to raise this concern.

The Bayelsa chief executive also appealed to the Mission to dialogue with the opposition parties in the state to propagate a violence-free governorship election, noting that the poll is about his successor and legacies.

The governor called for understanding and partnership in peace building and development, stressing that his administration has succeeded in stabilising the state through targeted investment in critical sectors like education, health, infrastructure and human capacity development among others.

Earlier, the Deputy Chief of US Missions in Nigeria, Kathleen Fitzgibbon, said the delegation is in the state to ascertain the challenges that could hinder the conduct of the November 16 Governorship election.

Fitzgibbon assured that the Mission is focused on engaging the federal government, international community and other critical stakeholders to ensure peaceful, credible, fair and hitch-free election in the state.

The Deputy Chief of Missions, who said she visited Bayelsa 19 years ago, however lauded Governor Dickson for his developmental strides, which she said has hugely transformed the landscape of the state.