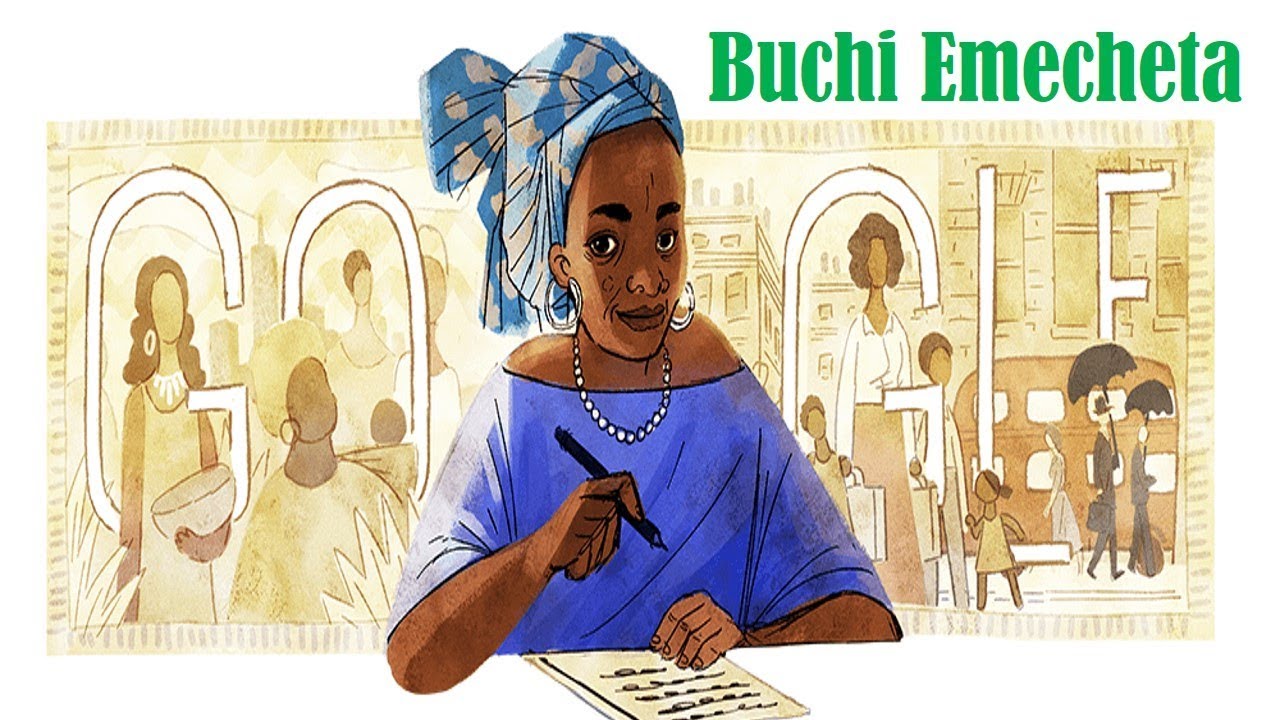 Google on Sunday celebrated Nigerian novelist Buchi Emecheta with its Doodle on what would have been her 75th birthday.

The News Agency of Nigeria (NAN) reports that Google Doodle is a special, temporary alteration of the logo on Google’s homepages intended to commemorate holidays, events, achievements and notable historical figures.

“Born to Igbo parents in the Lagos suburb of Yaba on this day in 1944, Florence Onyebuchi (Buchi) Emecheta, moved to the U.K. in 1962, with her husband and first two children.

“She had another two, and, at the age of 22, pregnant with a fifth, left her husband and set off on her own.

“She supported her five children by working at a library, pursued her Sociology degree, all while working tirelessly on her novels— usually at the kitchen table as her children played,” it said.

Her son Sylvester Onwordi recalled that as an immigrant single mother battling poverty in the slums of 1960s London, she would draw her five small children around her, light candles, and delight them with what she called her “Moonlight tales”.

He said that according to her mother, the stories were what she had learned at twilight by the light of a hurricane lamp from her aunts in the village, or imbibed at her father’s knee during her family’s internal exile in Lagos.

For the young Nigerian girl who dreamed even then of being a writer, these tales were like umbilical threads connecting the lonely orphan she became with the lost world of mythical ancestors and her beloved home town of Ibusa.

Over the course of her life, Emecheta published 16 novels, including: “In The Ditch, Second-Class Citizen”, and “Slave Girl”, as well as her 1986 autobiography, “Head Above Water” and wrote several plays for stage, TV and radio.

Although she resisted labeling herself a “feminist” author, much of Emecheta’s writing addressed issues of gender and race.

“I work toward the liberation of women. My books are about survival, just like my own life,” she was quoted to have said.

During the 1970s and ’80s, she worked as a lecturer and founded the Ogwugwu Afor Publishing Company with her son. She was named an Officer of the British Empire in 2005, a remarkable accomplishment for someone who faced such adversity.

“Just keep trying and trying, if you have the determination and commitment, you will succeed,” Emecheta once said.