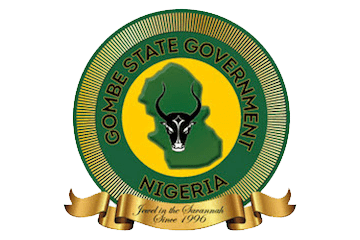 The Gombe State Government has warned farmers/fishermen around Dadin-Kowa Dam against killing Hippopotamus in the area.

Alhaji Sa’ad Hashidu, the Director, Forestry and Wildlife Management, Ministry of Environment, Gombe State, gave this warning during an interview with the News Agency of Nigeria (NAN) in Gombe on Wednesday.

“It is very sympathetic to farmer that their livelihoods are being threatened by wild animals. However, from a conservation aspect, the Hippos, especially Pigmy hippo species that are multiplying in the Dadin-Kowa Dam are endangered.

“The species are highly endangered and needed to be conserved as they are threatened to extinction. It is not commonly found everywhere. They are only a few remaining species.

“It is because of the favourable habitats that they found in the reservoir around the dam that makes them to multiply. It is a gift to the communities and we must make efforts to conserve them.

“The livelihood scheme of farmers/fishermen is of paramount importance too. In line with this, the ministry has sought series of interventions from organisations and the last of which is from an international consultant.

“The consultant came to Bauchi State for the restructuring of the Yankari Game Reserve. Together with the consultant, we went to the site and engaged the traditional rulers and locals in the communities concerned.’’

“We sensitised them on the economic importance of conserving hippos when appropriate measures are put in place through the establishment of a Hippo colony which will be a source of revenue to the state and communities.

“Most of them have realised the importance of mitigating attacks on the animals and we are still using this medium to appeal to fishermen/farmers to help preserve these species,’’ he said.

The director said the persistent attacks of hippos between  fishermen and farmers in Dadin-Kowa was a major concern for the ministry and temporary measures had been put in place to mitigate the attacks.

“As temporary measures, we engaged local fishermen to scare Hippos back to the river whenever they come out; but for sometimes now, we have not been giving them the stipends due to lack of funds.

“We hope to resume as soon as the financial situation improves. The ministry is using this opportunity to call on the state government in that regard.’’

He, however, appealed to the state government to take actions toward the conservation of the hippos through establishment of a hippo colony, adding that such would provide the permanent solution to the attacks between hippos and fishermen/farmers.

“If this is done, it will go a long way in conserving the specie and serve as a source of employment for the communities and tourists attraction sites for the state,’’ he said.

The News Agency of Nigeria (NAN) reports that some farmers in the Dadin-Kowa Dam often complained that hippos graze on their crops while the fishermen often had their equipment destroyed by the animal.

Hippopotamus, referred to in ancient Greek as the ‘river horse’ which were largely herbivorous, do not eat while in water as they are not known to graze on aquatic plants but graze on land.(NAN)