Nigerian media personality, publisher and fashion designer, Dr. Debby Goodnews, is bridging the gap between the African and Americans, using one of her awards brands that she calls, The Glamours Royal Honours Awards.

This is an event, where she celebrates and honors the African Americans, giving them African names. In her words, she “hopes to continue to create collaboration opportunities for both communities.” 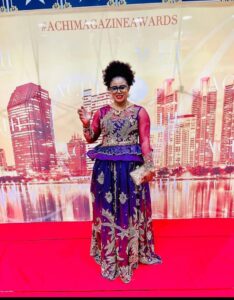 She has been on a mission to bridge the ‘hate’ and gap between the Africans and African Americans in the United States, using all her media platforms and organizing epic awards ceremonies where she recognizes and award individuals from both communities.She invited the Nigerian titled chiefs in the USA to officiate and grace the event and crown some of the African Americans to represent both communities for love, unity and for collaborations.

At every given opportunity, she tries to make African Americans understand that Africans love them as one and recognize them as African descendants: as brothers and sisters. As a US based Nigerian, Debby is changing the narrative and building excellent relationship in the African American community through her magazines, her famous media platforms and her two awards brands, D’CEM awards and the Glamours Royal Honours Awards. This, she said has been a successful project to change the hate in the heart of many African Americans, “many of them tear up as they talk to me,” she said. 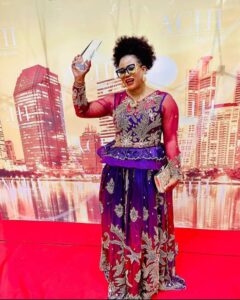 She is set to host another edition of the Glamours Royal Honours Awards to further her cause. To grace the occasion are famous American musician, Uneekint who will be performing live with other American top celebrities, Nigerian artistes and top Nollywood celebrities in USA. Nollywood Actor, Omalicha, will be the official host of the event. Veteran Nollywood actress, Florence Onuma who was crowned the 2021 Glamours Queen of Excellence, will be crowning the Hollywood actress Mahogany Raspberry the 2022 Royal Queen of excellence award. To represent both communities for unity, Mahogany Raspberry, an African American will receive a Nigerian name at the event.