Girl, 13, dies after circumcision in Ogun 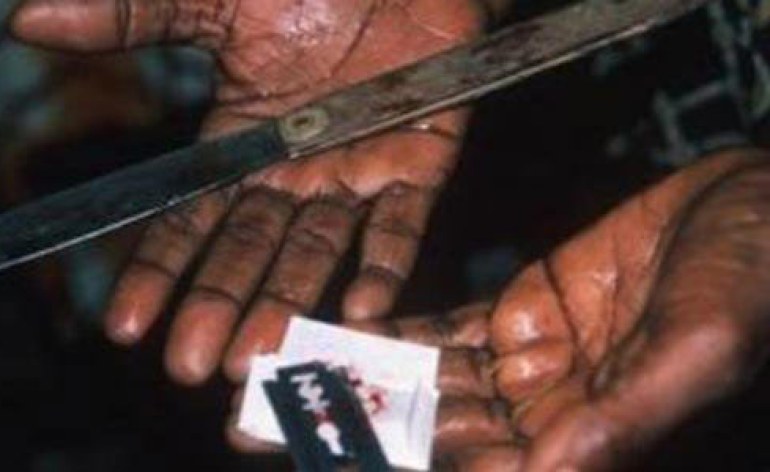 In many parts of Nigeria, especially the southern part of the country, mutilation of the female genitals, is still prevalent in many cultures and societies.

This is despite the seeming increase in Christian and Islamic faiths which probably forbids the practice.

What is also not known to the world or not brought to public glare is that many innocent female youth are still made to go through the harrowing experience of genital circumcision in this part of the world.

Only recently, a Junior Secondary School 2 student, in Sango-Ota area of Ogun State reportedly lost her life while the act was being carried out on her.

Investigations on the matter was shrouded in secrecy but it was gathered that the girl, identified simply as Idayatu, 13, was being ‘operated’ upon when she went into coma ostensibly due to the huge pains often encountered in the act.

It was reported that Idayatu was rushed to a private hospital when the traditional attendant could not tend to her pains, and later died in that private hospital. Her mother, Mrs. Busiratu Alogba, it was gathered had earlier refused circumcision on her daughter but her husband had to give in to family threats not to re-write tradition, but must submit his daughter for the act.

Speaking to reporters, Mrs. Busiratu says, “It is such a stupid thing I can tell you. I remember when my mother in-law first raised the issue, I rejected it and my husband supported me. It was weeks after my husband went to his village for a burial that he came home saying Idayatu must be circumcised,” she said in tears.

There have been a lot of debates about this agonising tradition of some cultures in the country. Many families had been scattered and several victims condemned as a result of this heinous act.

Those courageous enough had given their experiences on the controversial practice of genital mutilation.

Mrs. Omotayo Joana Salami, who spoke from exile, explained her ordeal in Ibadan, Oyo State when she lived there with her four kids and husband.

According to her, ” What was my saddest experience in life happened on June 10, 2018 at about 10:00a.m. when my twin daughters, Emma and Ella were forcefully taken from our home in Ibadan, Oyo State, by one of my husband’s relatives, under the guise of tradition and customs for them to be circumcised which is simply female genital mutilation and nothing more. They were five-years-old at the time.

“I was taken aback and resisted vehemently that this would not happen but all my pleas fell on deaf ears. Despite this, my daughters were taken away.”

Mrs. Salami added that  her husband’s family had insisted on carrying out circumcision on her twin girls since birth but she and her husband refused to give in. She said threats accompanied with harassments were meted out on her family on daily basis.

Continuing her narration, she stated that it took the timely intervention of her neighbours and law enforcement agencies to rescue her girls from a traditional birth/ health centre where the circumscision was about to be carried out on them.

Speaking further, the distraught mother said she was physically assaulted before her daughters were forcefully taken away, “I don’t know what would have happened if people around had not waded into the matter.

“My girls would have been violated and gone through a harrowing experience in the name of a family tradition.

“Consequently, my husband, Rawlins and I resolved that in order to protect our daughters from physical and emotional harm, we had to flee the country. It’s so shameful,” she said.

That case was similar to the experience of one Ronke Kazeem, a teacher at a private secondary school in Abeokuta, Ogun State, who was divorced by her husband because she refused to submit her 14-year-old daughter for circumcision.

According to Madam Kazeem, “I am currently suffering from a tradition that inflict pains on human being and because I rejected it for my daughter. My then husband came up with a story that our daughter must be circumcised according to his people’s tradition but I said ‘No’.

“That led to serious quarrel between us and eventually I left the house with my two children and he has never looked back to check on us. I am happy for my decision to prevent my daughter from being circumcised,” she concluded.

Cleric calls for punitive measures against sponsors of religious intolerance