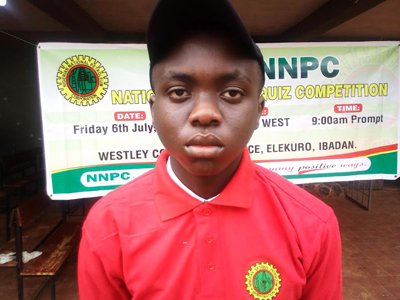 Academic City College, a private university in Accra, Ghana, has offered scholarship worth $40,000 to Ekene Franklin Ezeunala, the candidate who scored 347 – the highest score – in the 2019 Unified Tertiary Matriculation Examination (UTME).

The College Senior Admissions Manager (Nigeria), Mrs. Ogechi Ekpe, said on the sidelines of a workshop organised by the institution for schools and parents at the Sheraton Hotel, Ikeja, Lagos State, at the weekend, that the scholarship would cover tuition and boarding ffees or the duration of his programme at the university.

In her words, “We have a full scholarship for Ekene.  He was supposed to be here today (Friday) but we did not talk about the scholarship today because he was not here. We were to present a scholarship of $40,000 to the boy from year one till he graduates,” she said.

When asked how Ekene Ezeunala would be informed about the scholarship since he was not at the event, Mrs. Ekpe said: “We were hoping he would be here today so our President can give him the award.

“The school is here now.  We have to go there and see if we can either take him to Ghana or get our President to come again and give him the scholarship.

“The scholarship is for real.  It is called the Presidential Scholarship so the school pays everything including the hostel fees.”

Ekene, who turns 15, on Monday, is below 16, the minimum age benchmark to gain admission into his preferred university choice in Nigeria – the University of Lagos (UNILAG).

The Joint Admissions and Matriculation Board (JAMB) also stipulates 16 years as the minimum age for candidates to take the examination during the admission year they apply.

However many private varsities in Nigeria accept students who are less than 16.

Mrs. Ekpe said that Academic City College, which offers programmes in Engineering, Business, Communication Arts and Information Technology, accepts students from 15 years of age because it has system in place to monitor them.

She continued, “That is why we want him there.  Nigerian schools won’t give him admission but we will.

“We start admitting from 15 which is why we have a very visible Dean of Students’ Affairs. We make sure that they go to class, especially foreign students.

“You cannot be in the hostel during learning hours.  Dean Ruth, that is her name, she normally goes round.

The first was Gregory University, in Uturu, in Abia State.

Indians, others remember Mahatma Gandhi with cycling in Lagos