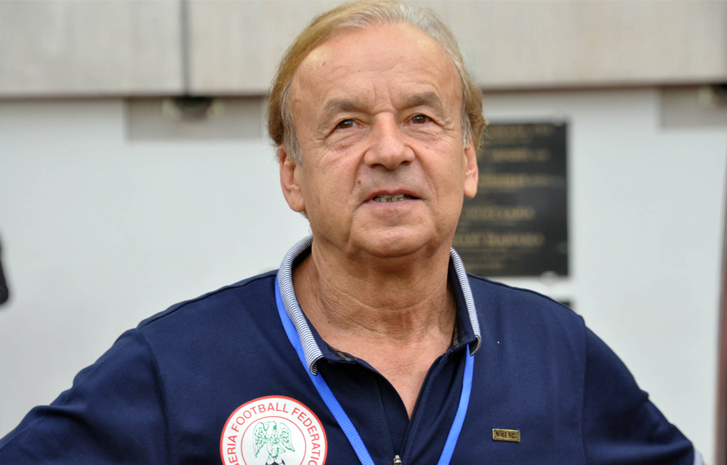 Gernot Rohr, Super Eagles manager, is still in the employ of the Nigeria Football Federation (NFF).

Gernot Rohr had been earlier rumoured to hae been shown the exit door by his Nigerian employers, but the NFF says that was far from the truth.

The denial was made by NFF’s Assistant Director, Media, Ademola Olajire, who denied knowledge of the development.

Olajire said, in a statement, that removal of a coach takes processes and that had not been the case with the reports being circulated.

Nnamdi Kanu says his life in danger in DSS detention

Said he, “I’m not aware of Rohr’s sack because there are procedures for doing things at the Federation.

“Before such a decision could be taken, there will be a meeting of the NFF board and a release issued to the public.

“As for now, I’m not aware of the sack. The online platform you claimed reported the story cannot announce his sack without confirmation from the NFF,” Olajire said.

Nnamdi Kanu says his life in danger in DSS detention