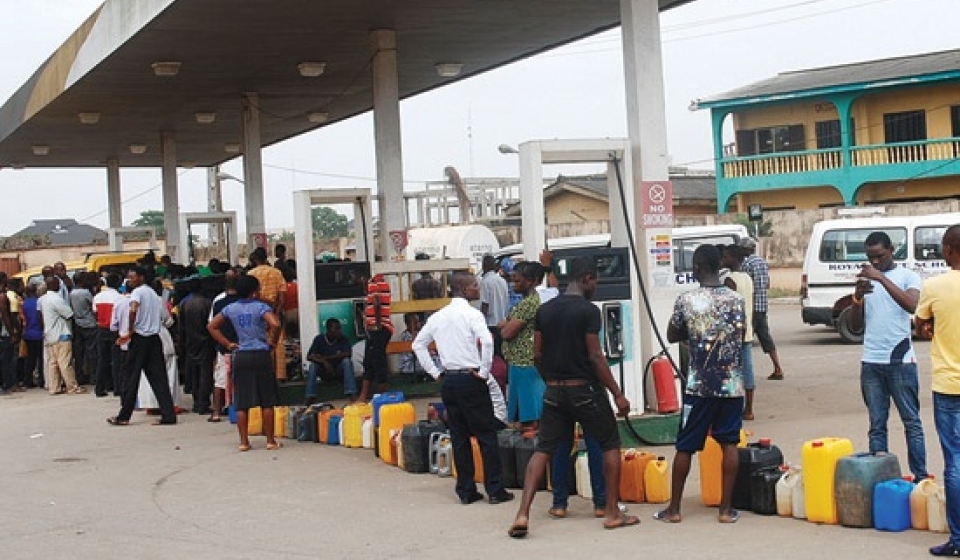 Share
Fuel queues have returned to Lagos as many petrol retail outlets in some parts of the state shutdown their stations, leading to long queues in a few filling stations that opened.

This is coming after the Nigerian National Petroleum Corporation (NNPC) urged Nigerians to disregard media report of an impending fuel scarcity due to purported refusal by some oil marketers to lift products from depots.

Ndu Ughamadu, NNPC’s group general manager, group public affairs division, had on Thursday issued a statement saying that the tale on fuel scarcity was fabricated by mischief makers with intent to create undue panic among Nigerians.

Ughamadu added that the NNPC has over one billion litres of petrol in stock while imports of 48 vessels of 50million litres each have been committed for the month of April 2019 alone.

But on Saturday morning, long queues were spotted in some filling stations in areas like Ojota, Ogba, Ayobo and Ikeja, creating gridlock problems in the neighbourhoods.

While there was a rapid build-up of queues in some stations along Ikorodu and Awolowo roads in Ikoyi, it is understood that some stations stopped selling their products as early as 7pm on Friday night, causing motorists to struggle to purchase fuel where the product was available.

Meanwhile, oil marketers have pleaded with Nigerians not to engage in panic buying, as the cause of the scarcity has been addressed.