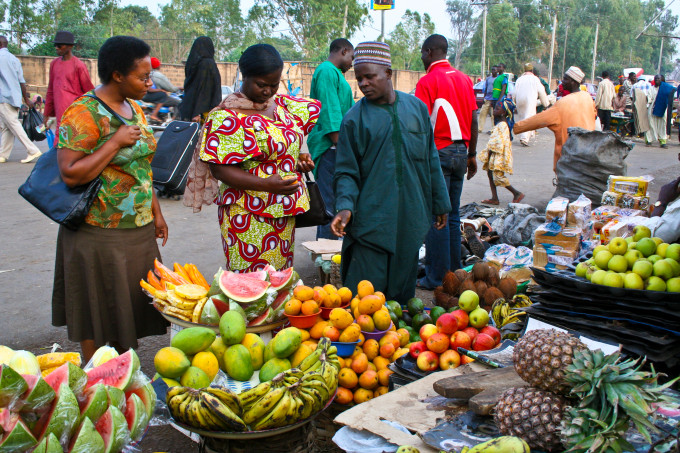 Some fruit vendors in Kaduna State metropolis on Wednesday lamented that the severe hot weather condition in the state capital had caused them to incur losses in their businesses.

They stated their lamentations in Kaduna during separate interviews with News Agency of Nigeria (NAN).

They expressed regret that the extreme weather condition had impacted negatively on their businesses.

One of the vendors, Abubakar Salisu, said that fruits like apple, pineapple, banana got spoilt quickly due to the acute heat.

“I make as much as N5, 000 profit every day, but I am currently recording more than N5, 000 loss since the hot weather began.

“My daily sales have not declined but the problem is that a reasonable number of the fruits get spoilt within a day or two,’’ he said

‘‘I usually store fruits like cucumber, grapes and apple in the refrigerator during hot weather like this, because it helps preserve them for some days.

‘‘But now the weather is hot and there is no stable electricity. We are now left at the mercy of the weather.

“Sometimes I throw away N5, 000 to N7,000 worth of fruits that have spoilt due to the extreme hot weather,” Umar said.

Also, Hussain Musa, a mobile vegetable vendor, said he was still in the business because he does not have any other job.

“I incur huge losses but had to continue because I do not have any other source of income. The little I make from it is better than doing nothing,” Musa said.

Meanwhile, while fruits and vegetable vendors were counting their losses, cold drinks and sachet water vendors are making brisk businesses.

One of them, Amina Sunday said, “For me this weather is a blessing because my daily sales have increased from N4,000 to N12,000 since the hot weather began.

“You know people buy more drinks during hot weather to quench their thirst and keep them hydrated.

‘‘Although the weather is affecting me too, but I thank God all the same because my profit margin has increased, and so is my savings.”

The story was the same for Mansur Adamu, another cold drink seller, who said his customers has increased from 15 persons a day during cold weather to about 50 persons in recent time.

Adamu, however, complained that lack of stable electricity supply was affecting his business, adding that he was spending a reasonable part of his profit on ice block to cool the drinks. (NAN)