For the first time in recent memory, I, this week, found myself agreeing with the position of Information Minister Lai Mohammed on a burning national issue.
I agree with Alhaji on the fact that much of what is currently going on about ‘quit notices’ and ‘Fulani kidnappers’ is the result of the politicization of a purely security matter.
Hear him:
“Yes, we have challenges in the South-West, but I can assure you it is being taken very good care of …(but) please, lower the temperature… We should stop politicizing security matters. We should stop reading ethnicity or religion to purely security issues.”
I can’t agree more. Stripped of politics, there is absolutely nothing to the crimes and the South West response to them that should cause either the presidency, its agents in the South West, or any sincere Nigerian anywhere, a sleepless night.
My point of divergence, with the Honourable Minister, however, is this insinuation that it is the opposition that is behind this politicization. It is not. At least, not entirely.
I’ve long realized that a major leadership style of our governments in this country is state-sponsored distraction.
Because we inevitably elect, or have imposed on us, some of the most clueless set of human beings on God’s earth as leaders, we end up with governments that haven’t the foggiest idea about running a country – outside of commandeering the nation’s resources and squandering same.
Everything else they do is directly geared towards protecting that national pot of soup they have appropriated to themselves.

READ ALSO: https://www.thexpressng.com/2021/01/29/transparency-internationals-rating-confirms-buharis-administration-as-most-corrupt-in-nigeria-pdp-says/
They then create all manner of distractions to keep the rest of us busy and divert our attention from what they’re really doing with our treasure pot.
Who, for instance  still remembers that our government still has no clear-cut plan on how to procure Covid-19 vaccine for us, let alone think of local production? Who amongst us still remembers to ask what became of all the funds raised by the private sector to support the fight against Covid-19? And the palliatives? The cash transfers? To lockdown or not to lockdown? Low testing rate? The new strains of the Pandemic? The refineries? The high-profile corruption cases which case files were allegedly recalled by the office of the attorney-general?

They play up religion and ethnicity – which they know are always a hit with us.
If Bishop Matthew Kukah tells truth to power, it is the federal government that would remind unsuspecting Muslim clerics that what the bishop said could be interpreted along ethnic and religious lines. Those ones then begin to reason along the lines of the Presidency script. And trust them, by the time a few cleric-for-hire faithful take up the gauntlet, threats and outright felony begin to freely fly about.
Of course, the original message is deliberately lost in the cacophony – which was the deliberate design of government to avoid addressing the issues raised. That is why we’re today asking Kukah to apologise for insulting religious sensibilities. The issues he raised have since been swept under the carpet, unaddressed.

When Benue, Ondo, Ekiti or Rivers enact any laws to regulate open grazing, it is often the Presidency that blindly leads the campaign to frustrate such laws. Yes, the same presidency that stubbornly insists that the annihilation of farming communities by armed bandits and mercenaries is just mere skirmishes between herders and crop farmers – and refuses to do anything to seriously address the situation. How can you fail to protect your citizen and then still forbid him from protecting himself? It beats my imagination!

If you raise the issue of police brutality or question the (mis)handling of both the war against insurgency and the general security challenge in the country today, we reduce it to the usually unrelated question of what ethnic group dominates the police, and who would lose job, or control, if we attempt to fix the system. Rather than address the problem, it then becomes a case of fighting to stave off reform, so our tribesmen can keep their jobs. Of course this creates the false impression that the present occupants of such key positions do not merit their positions, or may never get there if the slightest consideration is given for merit. But this may not be true. 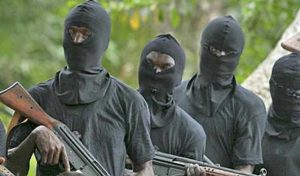 When we go after criminals, we first profile them along ethnic lines before we decide what level of force we can bring to bear on them.
And when we catch them, the Presidency then hand-picks the ones who can face trial where they were arrested and those who should be flown to Abuja, to have their cases deliberately bungled.

Of course, we wouldn’t be telling ourselves the whole truth if we say we do not suspect that many Fulani are running kidnap rings in the South west, nor that those calling for total vacation of the forest reserves do not, mischievously, have these Fulanis at the back of their mind. Even if there were any doubts, the recent actions and utterances of the famed Sunday Igboho, have laid everything bare.
However, the questions to ask are: Is it within the powers of Ondo State government to seek to take control of its Forest Reserves, which it never gave out to anybody in the first place? The answer is yes. Are there criminals using the forests as hideouts? The answer again is yes.
How then would the state government achieve this without first asking those illegally occupying the forests to leave peaceably and have their status regularized?
How did we come to the conclusion that it’s only Fulanis camping in those forests?
Most kidnappers – whether they’re Igbo, Yoruba, Ijaw, Ikwerre, Hausa or Fulani, use one forest hideout or the other, how come the presidency is particularly touchy about these ones in Ondo and Oyo?
Why wasn’t there so much noise when we unleashed Python Dance and Crocodile Smile into the forests and swamps of Ikorodu, Arepo, Abia, Imo and the Niger Delta to flush out kidnappers, pipeline vandals, illegal refineries and even pro-Biafra agitators?
Where was the presidency when many governors in the South were enacting all manner of harsh legislations against kidnapping and pulling down private buildings used to warehouse kidnap victims? Or maybe the governors were allowed to do so for as long as there was no chance of a Fulani being among the criminals?

The real problem is that, for some inexplicable reason, we are bent on living in denial of the fact that kidnapping has recently gained currency among our Fulani brothers. So, the establishment is doing everything to suppress reportage of this development.
And, like the proverbial old woman who feels uneasy every time dry bones are mentioned  in a proverb, we jump to defend the indefensible and respond to even the issues nobody has raised.
But that doesn’t change the fact that the menace of kidnapping has virtually gone round the country. It was once in the Niger Delta, where foreigners and oil workers were targeted. Then, my Igbo brothers took over, and turned it into a huge moneymaker. They took it to the south east, brought it to Lagos, where they were joined by the Yoruba, especially from the Ikorodu and Ondo areas. Then, Boko Haram took over. We immediately rechristened it abduction. But we still paid ransom. And as things got muddled up, the nomenclature kept changing. Now, it’s all over the North West, North Central, South West and of course, the South East and South South zones. Almost every ethnic group is represented in that evil club. And, I should know.
In the last six years, yours truly, has had to negotiate ransom on three occasions with kidnappers. Either for my wife, daughter or friend’s wife. And I can, without fear of contradiction, confirm that none of the groups was Fulani. Even when one of the hoodlums boasted that I would have to come to his Sokoto base for my wife, I knew he had no links with Sokoto. If he did,  he wouldn’t be calling it “Shokoto”, as his accent gave away.
One of the groups, I learnt, was co-ordinated by the late Ossy Ibori, who would later be killed by security operatives in some Delta State village. The group had Ijaws, Ilajes, Igbos etc.
The other gang, said to have had links with the now equally late TK, also had Ilajes, a handful of Ikorodu boys etc. Even, one notorious neighbourhood royalty was mentioned among them. The only Hausa person linked to any of the groups is the still-at-large Okada rider on my street, who was suspected to be their informant. It was his foiled arrest that almost cost the life of a senior police officer. Ironically, the other Okada riders, in blind solidarity with someone they thought was one of their own, attacked the police team, severally stabbed the police chief, and thus paviled the way for the felon to escape. Many of them thought it was actually the usual police extortion case. They never knew they had a snake amongst them.
Till this day, the celebrated billionaire kidnap kingpin of Lagos, Evans, is still in prison, battling to ward off a punishment worse than imprisonment. Evans is Igbo.

….FINALLY
If truth must be said, this government is actually doing the Fulani more harm than good with its Fulanization of just every national discourse. It is unwittingly setting up this otherwise peaceful people for national hatred and opprobrium. The PMB government is daily incurring huge IOUs of hatred for the present and unborn generation of the Fulani, from virtually every corner of the country. Unfortunately, not many of the key drivers of this divisive agenda of today would be around by payback time.