If unofficial records are to be believed, President Muhammadu Buhari, who is out of the country as I write this dry Saturday morning, is not the most travelled sitting president Nigeria has ever heard.

That not-too-enviable record belongs to President Olusegun Obasanjo. For while Buhari made less than 70 foreign trips in his first term in office, OBJ did a whopping 103.

It meant that by the end of OBJ’s eight year tenure, we were no longer keeping tabs on his foreign trip, but were ticking the Atlas to see which countries of the world he was yet to visit. He visited a jaw-dropping 97 countries. 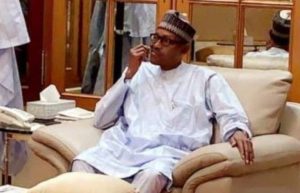 But then, Obasanjo’s legendary wanderlust could easily be justified on the ground that he came to power in 1999 when Nigeria was literally a pariah state in the county of nations, owing to several years of military dictatorships, misrule and mind boggling rights abuse.

There was need for presidential reassurances to our erstwhile friends and partners that Nigeria was onto a new dawn. It does not matter that OBJ obviously abused this justification.

However, this record of our sitting presidents’ foreign trips can sometimes be misleading if one fails to take cognisance of the number of days each president spent outside the country. On that score, Buhari’s record dwarfs that of ailing President Umaru Yar’Adua who had to spend almost 110 days, of his 30-or-so-months in office, outside the country, largely on health grounds.

With less than two months to the end of his first term, PMB had spent a cumulative one year, one month, one week and two days (about 404 days) outside the country.

Most of it was shrouded in mystery as the president’s handlers desperately tried to hide the fact that our president was gravely ill. They wanted to keep up the deceptive tough-old-soldier image, even to those of us who were well aware that the 70-something-year-old man we voted to power was no spring chicken.

That even when the Almighty can be said to have been exceedingly kind to him, compared with his peers, PMB had had a few major health scares before assuming office.

So, after spending six and a half years rehabilitating himself, both physically and otherwise, Buhari, as he told us at the modest celebration of his ‘official’ 79 years birthday during the week, is now eager to return to his farm? He can’t wait to go back to his cows?

And then you begin to wonder: whoever came up with this ‘smart’ idea of bringing him out of the farm in the first place?

And now, after six and a half years (destined for eight years if God tarries) of what wailers would describe as “wasting our time and resources, would he honestly say he has bequeathed himself so well that he is most deserving of that second retirement? Is he merely throwing in the towel.

Or could it be that all those many attempts at the presidency were just to satisfy a freak ambition of going into the records as having ruled Nigeria both as military and civilian head of state? Well, those are debates for another day.

But as the president prepares to return to the farm, let us make haste to remind him that the farm environment is no longer as he left it in 2015. Things have not only seen “change”, but have gone to the ‘next level’ – even though I would not know if the movement was to the left or right of the ‘progress curve’.

But, by way of a reminder, here’s a quick update for Mr. President:

Mr. President, your brothers from across the border, whom, you insist, must not produce any documents before they are given unrestricted access into Nigeria, have taken over the farms you used to know.

Without the round-the-clock military protection, at the expense of the taxpayer, which you currently enjoy, those marauders will banish you from that very farm you’re dreaming of going back to.

The bandits would be particularly interested in Buhari’s special breed of cows – which neither die nor procreate, and managed to remain at the same 120 heads for all of four years.

As an ordinary citizen, Buhari would suddenly realise that he would have to pay marauders a special levy before he can be allowed to milk his own cows. And if he doesn’t, he might watch helplessly as his treasured cows are killed, and even raped by strange men. And being the Fulani that he is, one can imagine how pained Buhari would be if harm befalls his cattle.

Mr. President, many of the owners of the neighbouring farms to yours, who used to produce both crops and livestock, have been forced to flee, relocating to Kaduna, Kano and even as far as Abuja. Even their farm hands have fled too. If you’re in doubt, ask Governor Aminu Masari, who now does photo ops with gun-carrying bandits and with whom he shares suzerainity in Katsina. Whatever gaps that are missing in Masari’s story can be filled by governors Aminu Tambuwal, Samuel Ortom, Zulum, Bello Matawale, Hope Uzodimma, Seyi Makinde, Nasir El-Rufai, Rotimi Akeredolu, Ifeanyi Ugwuanyi, Ifeanyi Okowa, Godwin Obaseki as well as Samuel Lalong and Henry Umahi (if you’re lucky to meet them sober). Even Chief Olu Falae might have a thing or two to add.

So, Mr. President, the farm you left behind might not be as welcoming as it used to be. Stop romanticizing about it.

In fact, by the time the Airforce One plane that drops you in Daura is withdrawn, you’ll realise that going home by road from Abuja involves even bigger risks than the bad roads you’ve clearly excelled in addressing. Can you still recall how many abductions, and slaughter, of travellers took place along those roads in the last one month?

So, Mr. President, as 2023 begins to crystallize on the horizon, you really do not need a crystal ball to foretell what lies ahead. No matter how emotionally attached to your farm you are, please, do have a Plan B. Don’t join those castigating Pastor Paul Adefarasin for advising us to so do.

As it stands right now, Of all the presidents and heads of government I’ve observed in all my adult life, you, President Muhammadu Buhari, are the only one who has continued to look physically fresher in the face of the challenges of running a government.

I still recall how sweet-faced Bill Clinton looked sallow at the twilight of his administration. How erstwhile dashing Obama became all grey, and almost gaunt. It was the same fate that befell the once handsome Tony Blair.

Back home, Obasanjo only freshed up for just the little time it took him to regain the flourish that was forcibly taken out of him in Abacha’s jail. As soon as that abrupt disruption was corrected, Obasanjo also began the all-too-familiar ageing that comes with the stress of running a country.

Even though he was credited with the endurance and physical fitness of a prize bull, Obasanjo suddenly aged overnight, following the collapse of the third term misadventure (thankfully, you have perished the idea of third term before the dogooders went any further).

Of course, it would be most unfair to bring President Yar’Adua into the the mix, because of the terminal health challenges he had to battle, even before coming into the seat, but not a few people believed he could have lived a few years longer if he did not add the pressure of being president to it all.

However, even his much younger and healthier Vice President, Goodluck Jonathan, lost so much colour and gait on the seat, with emergency grey hair sprouting on his temples. It is only now, out of office, that Gudjoe is just sprouting a new lease of life.

But for Buhari, the reverse appears to be the case. Or am I the only one noticing that the Buhari of today looks a lot healthier and better fed than the one we voted into power in 2015?

Of course, the impish redhead of my imagination has advanced many reasons for this. Eventhough I don’t agree with many of the explanations, the one that seems to stick the most is that our president is really under no pressures.

That he is blissfully ignorant of whatever all of us feel are the problems troubling us in this country. And as that old James Hardley Chase quote goes, “what the eye doesn’t see, the heart doesn’t grieve about.” Our president is spared the agony and frustration that come with knowledge.

Of course, that does not mean I share the views of extremists who insist that the man is no longer fully aware of his environment, nor that it’s not the same man we elected that is still ruling us. That would amount to falling for Nnamdi Kanu’s baseless rhetorics.

But then, refusing to believe these outlandish theories also leaves one with believing that Buhari is fully aware of what is happening and is deliberately refusing to lift a finger. Now, that is even worse!

But then, how does one contextualize a situation whereby the president stays put in the villa (sometimes, picking his teeth) releasing one generic press statement after the other, as Armageddon and endtime tragedies are unhinged in different parts of the country. Or worse still, that while we were counting down to the Sunday deadline, and bursting our nerves over the urgency of the all-important Electoral Bill awaiting his consent on his desk, our dear president joins other African clay gods to go discuss the future of Africa in faraway Turkey.

With a certain tingod called Erdogan, who is neither a nice guy, nor a particularly shining example of a democrat. It was only a few days earlier that Buhari returned from a trade fair in Dubai. And before that, he was in UK, France, US and Addis Ababa.

Yes, we have a president who is permanently hanging in the air. Going everywhere but where he’s most needed in Nigeria. Hardly ever visiting the trouble spots in country! Preferring to attend to many of them via Zoom!

Unfortunately, the reason for his travels sound as sweet as any broken record: To market Nigeria abroad, and woo foreign investors. Who remembers when the Tanzanian President came to Nigeria to woo Dangote? When did Paul Kagame come to sell Rwanda to us? Let’s forget about Europe and North America, how many Pretoria presidents marketed South Africa to the army of Nigerian professionals and investors trooping there? When did the presidents of Ukraine, Cyprus, Malta, Seychelles and all those little countries Nigerians ship scarce foreign exchange to, in school fees for their children, come to convince us to so do?

And what about those tiny Caribbean island nations Nigerians are now rushing to buy their citizenships? How many of them even have proper embassies in Nigeria?

Bottomline: A President doesn’t need to be gallivanting all over the globe, armed with a microscope, looking for investors. Just fix your country, and investors would be falling over themselves to come here. There’s no need going abroad to tell lies about EndSARS protests, for instance. The people you’re lying to saw it all. With the internet, the world is not as far apart as we might want to believe. It doesn’t make any difference that our brains were frozen in the dark days of military jackboots.

But, before I digress too far, someone should help tell Mr. President that the farm of 2015 is no longer the farm of today. And it might be worse by 2023.