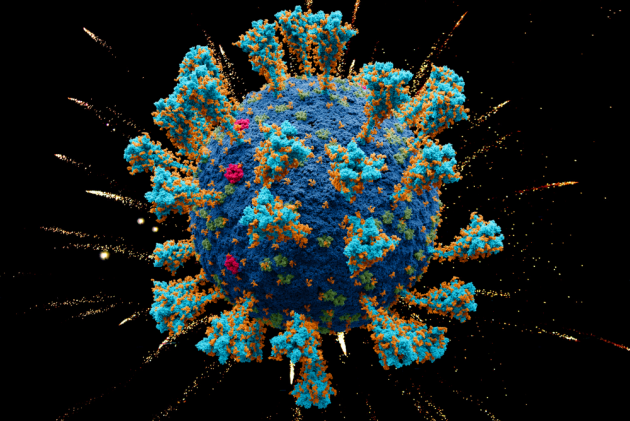 As the world grapples with the highly mutated Omicron variant of COVID-19, a new Coronavirus variant called IHU has emerged in France. Scientists identified the new strain, B.1.640.2, at the institute IHU Méditerranée Infection in Marseille.

This is coming some days after Israel reported its first case of rare double infection of COVID and Influenza, Flurona. France has already reported at least 12 cases of this variant, which researchers believe contains 46 mutations, more than Omicron. The new variant has been associated with Cameroun.

But there is little sign that it is outmatching the dominant Omicron variant, which now makes up more than 60 per cent of cases in France.

It is also yet to be spotted in other countries or labelled a variant under investigation by the World Health Organisation (WHO).

Prof. Philippe Colson, who heads the unit that discovered the strain, said: “We indeed have several cases of this new variant in the Marseille geographical area. We named it ‘variant IHU’. Two new genomes have just been submitted.”

It comes after French health minister Olivier Veran said that the country expects to see even higher daily counts of new COVID-19 infections.

“I said that maybe – maybe – this is the last wave, meaning that considering the number of infections in our country and around the world, it’s probable that we will have developed a form of immunity, either through vaccination or through getting infected, or both,” he said.

U.S. epidemiologist and health economist, Eric Feigl-Ding, who rung the bell about the variant, said: ‘’These observations show once again the unpredictability of the emergence of new #SARSCoV2 variants and they exemplify the difficulty to control such introduction and subsequent spread.

“However, it does not mean they will be more dangerous. What makes a variant more dangerous is its ability to multiply because of the number of mutations it has in relation to the original virus.

“This is when it becomes a variant of concern like Omicron, which is more contagious and could evade immunity. It remains to be seen in which category this new variant will fall,” he said.

Researchers noted that it is too early to speculate on how this variant behaves as far as infection and protection from vaccines is concerned.

According to the researchers, the index (first) case was an adult diagnosed positive in mid-November last year.

MANY countries are currently experiencing a spike in COVID-19 cases driven by the Omicron variant, which was first identified in South Africa and Botswana in November last year. Since then, the variant of concern has spread to over 100 countries.