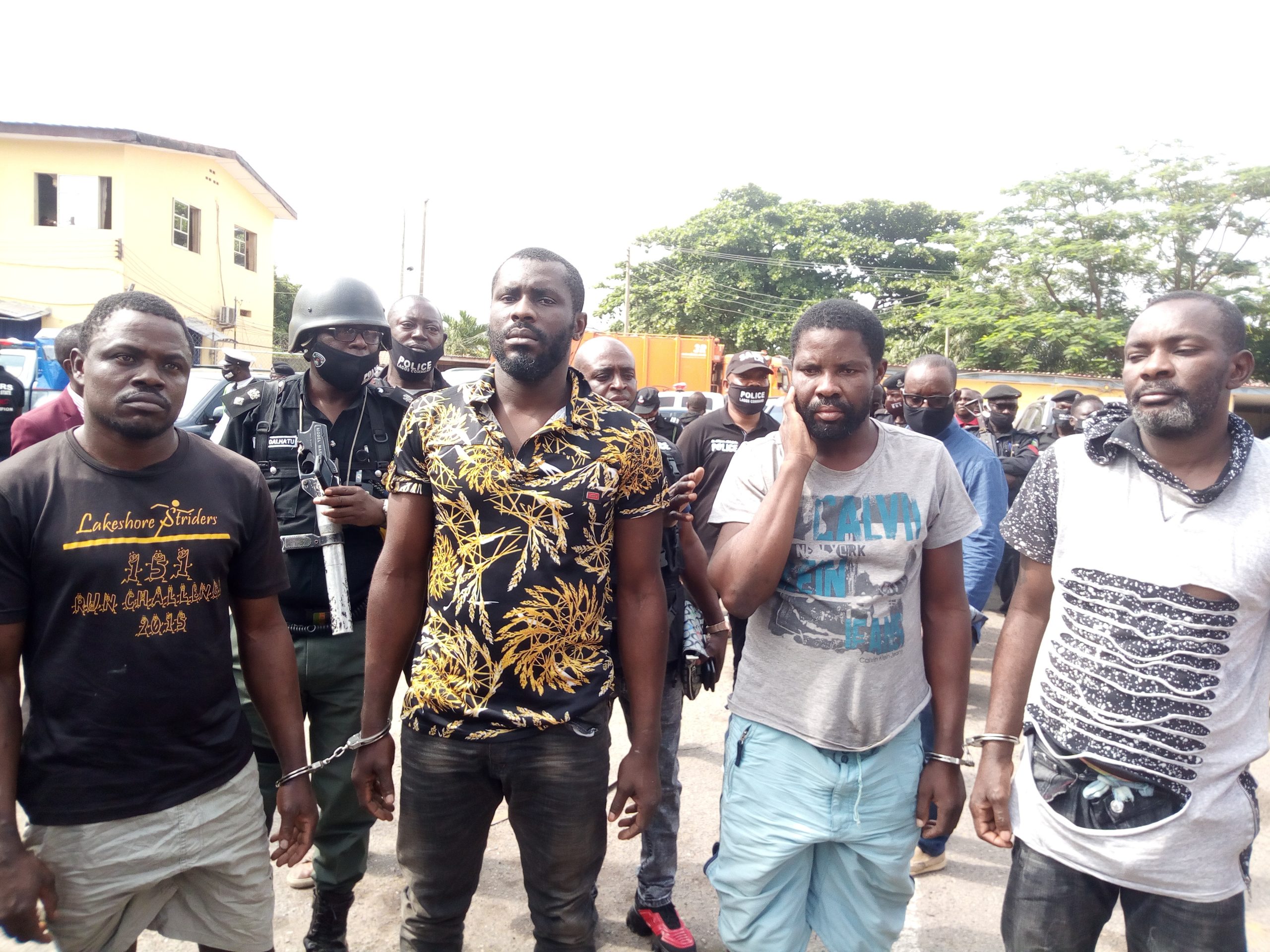 It was gathered that Camai, a contractor was travelling by boat on April 12, when the suspects intercepted his boat on the waterways and whisked him to an unknown destination.

The Nigerian Xpress reports that the suspects, Ayeni John, 45, Tijani Gafari, 38, Ojonla Oyetakin, 30, and Paul Orimisan, 38, were alleged to be notorious for many high profile kidnap cases and robberies on the waterways.

The suspects, however, met their Waterloo, after the Lagos State Police Command received intelligence about their activities.

According to the Command’s Commissioner of Police (CP), Hakeem Odumosu, the suspects had earlier kidnapped two men, Salisu Mansur and Christopher Chinda at Landmark beach.

Odumosu, who paraded the suspects at the command headquarters, Ikeja, on Tuesday, revealed that a staff of Eko Atlantic plotted with the suspects to perfect the kidnap of the Syrian.

The CP said: “ The suspects were from Ilaje in Ondo State. They were arrested on July 24, at about  2p.m. Acting on credible intelligence, operatives from the Command’s Anti-kidnapping unit arrested the suspects. The gang is responsible for series of kidnapping for ransom and robberies on Lagos waterways. On March 12, the same gang kidnapped one Lungyn Camal, a syrian citizen at Eko Atlantic, all on the waterways. They confessed to the crimes, and the suspects will be charged to Court.”

The suspects denied involvement in the criminal act, maintaining one Job, masterminded the act.

Ayeni, who claimed to be an International businessman, and a boat driver, said he was contacted by one Job to take the gang to the said location where the victims were kidnapped.

He said: “ A man who I later got to know was called Job, hired my boat from Liverpool in Apapa around 12noon, to a beach. Around 5p.m., the man asked me to take him somewhere and paid me N50,000. I did not have a hand in the kidnap, my boat was only hired.”

Orimisan  attributed their misfortune to Job. He said Job had tricked them during the Amnesty Programme.

“Ayeni and I were arrested when we were coming from Badagry. Job is a dangerous man, he deceived us during the amnesty programme, took our rifles and promised to give us money but he never did. He is the one that implicated us in this crime, I am not a part of the gang.”

Similarly, three kidnap for ransom suspects, have been arrested by operatives of the Anti-Kidnapping Unit of the command

The suspects, Ugochukwu Stanley, 25, Ayodele Ismaila, 28, and Elochukwu Nwabuwa, 28, were also notorious for snatching and selling off vehicles of victims at Benin Republic.

The Lagos CP said the suspects had on June 20, monitored a white woman, one Denise Chukwueke, around Lekki area and abducted her with her Range Rover sport car.

“ They released her after ransom was paid. They took her gold chain, rings, phones and the Range Rover. They were arrested at Falomo Bridge Ikoyi by Anti-kidnapping operatives and the stolen items were recovered.

“ The syndicate specialized in abducting high profile targets, dispossessed them of their valuables and collect ransom before releasing them.

“Their major targets were the luxury vehicles, which they mostly moved to Benin Republic to sale, ” the CP said.