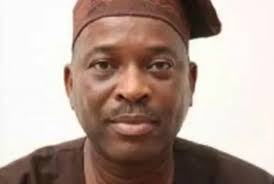 Sen. Bode Ola, a lawmaker in the 6th Assembly and Chieftain of All Progressives Congress (APC) in Ekiti has urged President Muhammad Buhari to order the immediate release of the June 12,1993 election results annulled by the military government.

The party chieftain, who represented Ekiti Central Senatorial District disclosed this on Wednesday in Abuja, during an interview with the News Agency of Nigeria (NAN).

He said the release of the results would help put Nigeria’s political history and records in proper perspective and right the wrongs of the past.

He added that by authourising the release of the results, the Ekiti Central Senatorial District would legally and officially be recognised as the authentic winner of the controversial election.

“President Buhari should go a step further by authorising the release of the results of the June 12 1993 elections to officially and legally authenticate M.K.O Abiola as the true winner of the contest.

“The release of the results of the election would put the country’s political history in proper perspectives and right the wrongs done to millions of Nigerians who forgot ethnic and religious affiliation to vote for M.K.O Abiola as President in the annulled 1993 polls, ” he said.

He, however, commended the president for naming the National Stadium, Abuja after the late business mogul.

Ola described the gesture as a way of immortalising Abiola’s name in the annals of the nation’s history and engraving his name as the pillar of sports in Africa. (NAN)