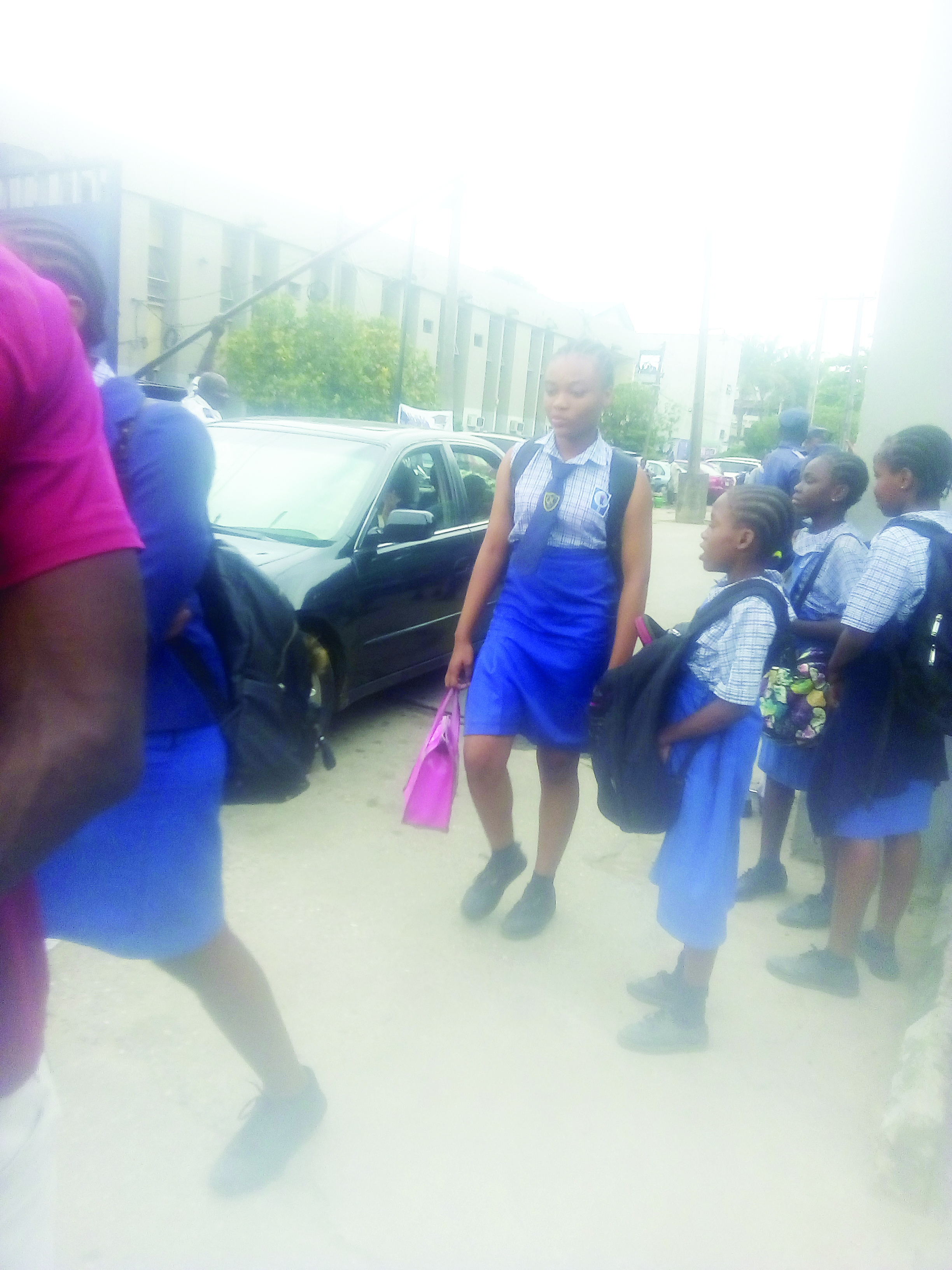 There seems to be no end in sight to the outbreak of disease at Queens College, Lagos, as students were reported to be going in their numbers to the clinic daily for flu-related complaints.

The Nigerian Xpress gathered that over 200 students have left the school since the outbreak of the disease in the school.

Beaming its searchlight on probable cause of the disease ad to ascertain if there was disease outbreak at the school, our correspondent met parents, staff members and some students to find out the real issue.

One of the staff members of the school told The Nigerian Xpress that there was nothing like an outbreak of disease in the school. He added what the students were experiencing was the usual malaria fever that any person can have at anytime.

“There is nothing wrong. What we have is just a normal cold and catarrh. They are children and it is normal that sometimes they have such flu. As you can see me too, I am also having flu; so it is normal. When they close now, you will see them moving out in their numbers happily,” she said.

A parent who was approached by our correspondent also said there was no case of any disease in the school.

Another parent, Mr. Jude, who came to pick his daughter, said what is happening in the school is as a result of the weather condition and that it is normal.

“What we have is as a result of the weather condition. It is nothing to worry about; everything will be fine,” he said.

When asked if he is afraid of letting his daughter continue going to school, he said he had no such fears.

“I am not afraid of allowing my daughter continue to come to school because I know this is just a normal thing that the weather brings. So, everything will get back to normal,” he said.

A management staff of the school also told our correspondent that the school is doing fine and nothing like outbreak of disease in the school. He said the Permanent Secretary, Ministry of Education, Mr. Sonny Echono, was in the school last Tuesday to monitor things by himself.

The officer said Mr. Echono was satisfied with what he saw and disclosed that what the students in the school clinic are going through is just malaria and flu and nothing like disease outbreak.

The Permanent Secretary had said during the visit to the school: “I want to say that all such reports going round about the outbreak of epidemic in Queens College is a falsehood. As I speak with you, I just left that school about one hour ago and on my way back to the airport en-route Abuja.I chose to dash down to Lagos to come and see things for myself because such stories are damaging.

“On getting to the college, I went straight to the sickbay. Yes, I saw a few students being attended to on account of flu and malaria. I spoke with the nurse at length, spoke with the doctor, the principal and some other persons, what I discovered is that the students were majorly having flu and malaria, nothing more. I was equally conducted round the college to do some inspection and based on this, I can confidently tell you that there is nothing like an epidemic.”

Echono added that the situation in the college was calm and peaceful, stressing that the health conditions of the few students had nothing to do with food and water poisoning, as being speculated.

“This is a period of flu. As I speak, I am also having the same flu and that is why I did not bother to speak with the other students for fear of spreading it to them. What could be happening in this whole situation is that there could be infighting, which I do not like to interfere.But what I will not tolerate is for anyone to spread falsehood and send panic to the public that is not acceptable.

“I have taken note of my findings, the Ministry of Health people too, I learned had been there and will still be there tomorrow to further investigate the situation. At the end of this, we will then state to the public,”.

However, when The Nigerian Xpress met with some of the students, they revealed that things have not been normal in the school, as some of their colleagues keep having one complaint or another daily and that some of them have left school for their homes because of the outbreak of the disease.

A Junior Secondary School 3 student said fear had pervaded the school, as many students keep going to the sick bay daily.

Asked if she was worried by the situation, the student said she was not bothered, saying that she hoped things would get better soon.

She told our correspondent that, at least, 15 of her colleagues have since left the school when the outbreak started.

“In my class, there are 50 of us and no fewer than 15 have left school for home because of the outbreak of the flu,” she said.

Another student, a Senior Secondary School 3 (SSS3) student told our correspondent that she was afraid of going to school because this kind of outbreak happens every year and the school is not doing anything about it.

She said her mum was thinking that it might be witchcraft that is affecting the school because it keeps recurring every year.

The student added that the school’s sick bay is full and that students are only benig tested and asked to call their parents to come and pick them up and take them home.

“Half of the students in my class have gone home since this disease started, our prefect told us that about 200 students have left the school since the outbreak of the flu. My mum is afraid and she is even thinking that it may witchcraft because this occurs every year when we resume. We experienced it last year and years before. We students are really afraid. If you go to the sick bay, you will see what I am telling you; the sick bay is full now. When students go there to complain, the nurses only attends to them briefly and later ask them to call their parents to pick them up,” she said.