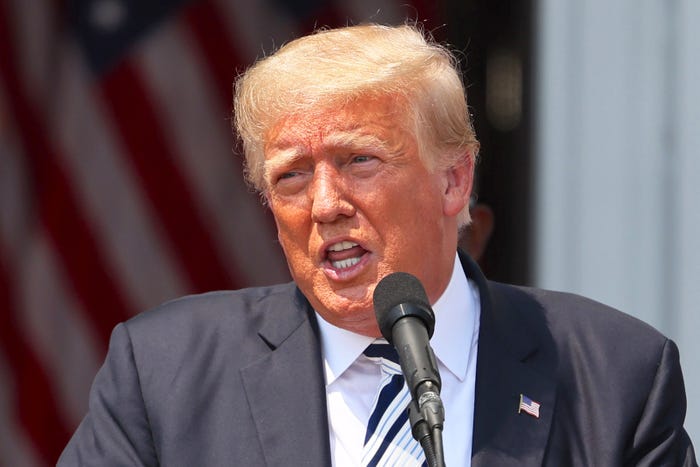 The Tucson Sentinel reports that U.S. Customs and Border Protection agents had confirmed “historic’’ flooding at the nation’s border with Mexico was to blame for the destruction.

That appeared to include several wide-open metal gates separated from their hinges and, in some cases, stuck in mud and debris.

Monsoons have sent thousands of gallons of floodwater into the area in recent days, threatening to break a record for rainfall that had stood since 1964.

During his campaign for the White House, Mr. Trump vowed to build a mighty wall, which would be paid for by Mexico.

“Nobody builds walls better than me, believe me, and I’ll build them very inexpensively,’’ he said in June 2015.

Funding for the parts of the border wall Mr. Trump built before leaving office in January came from federal monies that included billions of dollars from the Department of Defence.

Kate Scott of the Madrean Archipelago Wildlife Centre described the damaged gates as being in a state of “disrepair” alongside a photo she posted on Twitter.