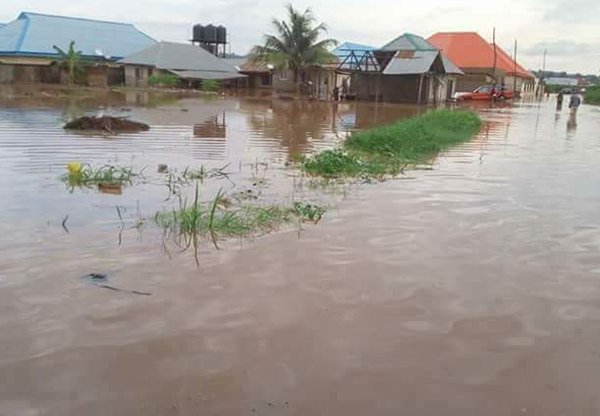 Flood has destroyed more than 300 houses, in Daura, Katsina State.

According to NAN, some of the houses were brought down while water submerged several others.

The agency said some residents had since fled the town while some were seeing trying to rescue some domestic items.

Some Daura residents, who spoke with NAN, said the flood followed several days of rainfall with the mass of still water bringing down some houses on Wednesday.

A source blamed the incessant flood on the lack of drainage system in Daura, and urged the local, state and federal governments to “do something urgently to check the trend”.

Abba Mato, acting chairman of Daura Local Government Area, who spoke on the flood disaster, described this year’s destruction as “one of the worst ever witnessed in the area”.

“The floods followed rain showers that lasted for about 24 hours, beginning from Tuesday night to Wednesday,” NAN quoted him to have said.

Mato said the floods had affected houses, shops and farmlands, adding, however, that most of the affected buildings were erected on flood-prone areas.

One feared dead as Ebonyi Revenue officials clash with traders