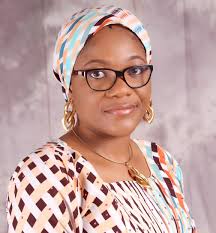 The Centre for Democracy and Development (CDD) has asked the senate to discard the social media bill and find an alternative means to curb fake news.

In a statement on Tuesday, Idayat Hassan, CDD director, said the bill is a provocative legislation aimed at stifling the freedom of expression.

In November, a week after the senate introduced a bill to regulate social media, another bill seeking to establish a commission for the prohibition hate speech in the country was introduced.

Both bills, which have passed second reading,  have attracted widespread criticism.

Civil society groups have asked for the withdrawal of the proposed legislation.

“This provocative legislation, which has passed a second reading in the Senate, is an attempt to use the legislative process to muzzle freedom of expression. The bill purports to tackle the increasing problem of false information in Nigeria. This would pose a serious threat to Nigerians democracy and freedom of speech,” Hassan said.

“CDD acknowledges the groundswell of public opposition to the bill, which stems from the intolerant political climate in which civil liberties have been repeatedly trampled upon by the government.

“CDD is deeply concerned that the legislation places an inordinate amount of power in the hands of the government and security agencies. The proposed bill raises far more questions than it provides answers.

“As a reputable policy think tank whose main objective is the production of independent analysis of government policies, CDD sees this proposed bill as being in line with the authoritarian proclivities of the current political elite who are more concerned with policing what their citizens say, do or think, than they are with establishing high standards of democratic and accountable governance.

“We acknowledge the problem fake news and disinformation portends for democracy but believe that restrictive regulation is not the solution.

“CDD urges the Senate to disregard the entire bill and look for alternative approaches to the problems of hate speech and the spread of false information on social media. Focusing on improving digital and civic literacy at all levels of society, will give citizens the skills and knowledge to decide for themselves what is true and what is false.”