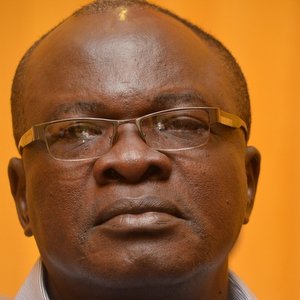 As many Nigerians continue to react to the crashing out of the Golden Eaglets from the ongoing FIFA U-17 World Cup in Brazil, former Super Eagles Assistant Coach, Joe Erico, has come to the defence of Coach Manu Garba, insisting that poor planning is to blame for the result.

Five-time world champions, Golden Eaglets, bowed out of the tournament in the round of 16, losing 1-3 to European champions, Netherlands. However, Erico believes the system and not the technical crew led by Manu Garba should be blamed for the team’s poor showing.

According to him, Nigerians should realise that having won the tournament a record five times, other countries would be mapping out new strategies on how to tame the Golden Eaglets. He noted that to worsen the situation, there are no functional football academies in the country where quality players would be selected, a situation that leaves the coaches with limited options on team selection.

“I don’t understand why some Nigerians are feeling bad about the Golden Eaglets defeat. They should realise that we’ve won the competition five times and other countries cannot be watching you winning it all the time. Other countries have all gone back to the drawing board and studied our team and probably noted our strong and weak points, which contributed to the defeat.

“It’s equally important to understand that our poor system contributed to the defeat. This is a country where we don’t have functional football academies where coaches will shop for young talents and in such hopeless situation, the coach will have little option than to make do with what he has,” lamented the former NEPA FC of Lagos handler.

Erico noted that in the past, the football house appointed coaches for the six geographical zones whose duty it is to comb all the nook and crannies of the country looking for talented players which has now been jettisoned just as he lamented that zonal grassroots competitions are no more organised on regular basis which is affecting our football development.

“I want to state that there is need for us to go back to the system we were practicing in the past when coaches were appointed for the six geopolitical zones with the mandate to discover talents and organising regular grassroots competitions where talents could be discovered.”

It would be noted that that the NFF had after the ouster of the Golden Eaglets given signals that Coach Manu Garba would face sack.

The soccer federation’s scribe Dr Sanusi Mohammed while insisting that Garba is yet to shown the exit door said the technical committee would study his report before taking a decision.

“We would take a look at the technical report of Garba and after that the technical committee would make their recommendation to the board. The coach is on contract and can’t just be sacked without following due process,” Sanusi said.

Brazil 2019 was however not a good hunting ground for Africa in a tournament the continent had done very well.

Just like Nigeria, Senegal’s bid to further advance in the tournament in their debut appearance came to an end following a 2-1 Round of 16 defeat by Spain at the Estadio de Haile Pinheiro in Goiania.

Cameroon failed to reach the knockout phase of the tournament while Angola also failed to go beyond the Round of 16.

I want to fly like a bird, says Gideon