...May contest VAT increase in court 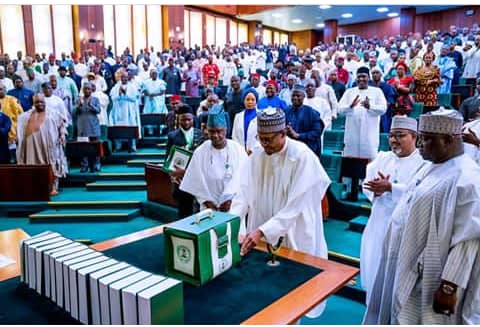 The Coalition of United Political Parties (CUPP) has condemned the 2020 budget proposal of the Muhammadu Buhari-led Federal Government, describing it as ‘ a heavy travel bag but empty in substance’.

The CUPP’s reaction was contained in a press release issued on Tuesday. The release read,T “The Coalition of United Political Parties (CUPP), having listened critically to President Muhammadu Buhari’s 2020 Appropriation Bill as presented to the joint session of the National Assembly on Tuesday, regrets to inform Nigerians that the days of the nation’s suffering are not any way close to an end.

“The president has by today’s budget presentation shown that he has no formula to save the nation’s economy from the impending final ruins that his mismanagement has caused.

“Opposition parties see this fiscal document as empty document that is not worth the paper on which it was written. It is full of rhetoric; Buhari’s appropriation bill can best be described as a heavy travel bag that is empty in substance or value.

“The CUPP notes that this document is a final weapon to consolidate Buhari’s next level of economic ruins, poverty, looting and visionlessness. It is a come and chop document meant to further impoverish many and prosper the privileged few.

“The Opposition rejects the inclusion of the illegal proposed increment in VAT as part of the 2020 budget expected source of funding. This has shown that the budget is built in the sky with no serious source of funding except taxing the people to death.

“The opposition coalition has therefore resolved to head to court this week to stop the planned insensitive move to tax the suffering citizens of Nigeria to death with the proposed increment in VAT from 5% to over 7%.

“The president should not force the suffering citizens to bear the consequences of his leadership failures.”