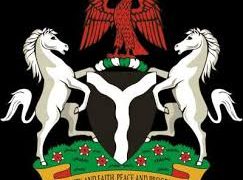 The Federal Ministry of Health says it will implement the 2020 National Oral Health Policy, which will address the burden of oral diseases in the country.

Dr Bola Alonge, Head of Dentistry Division in the ministry gave the assurance in an interview with the News Agency of Nigeria (NAN) in Abuja.

Alonge said that stakeholders had on December 17, reviewed the draft policy that was developed in 2012 and expired in 2015.

She said that the policy would be ready before the next National Council on Health in June, 2020.

In addition, she said that the ministry had been promoting oral hygiene across the country through its partners-Colgate and Unilever.

Meanwhile, according to the draft policy, since the development of the 2012 National Oral Policy, there have been more research-based evidence showing the rising prevalence and burden of oral health problems.

Caries(tooth decay) of the permanent teeth, being the most common caries of the primary teeth being the 10th most common of 328 conditions.

The prevalence of dental caries in Nigeria, ages five to 74 years old, from 5.5 per cent in Osun to 49.4 per cent in Kaduna State.

Also, epidemiology and clinical profile of oral cancer, shows that the disease is the sixth commonest cancer globally and the most common head and neck cancer, with a low five-year survival rate.

Most oral cancers can be prevented by avoiding risk factors, such as tobacco and alcohol use, excessive sun exposure, sexual acquisition of human papilloma virus, HIV, ingestion of smoked fish, dietary deficiencies and industrial pollution. (NAN)