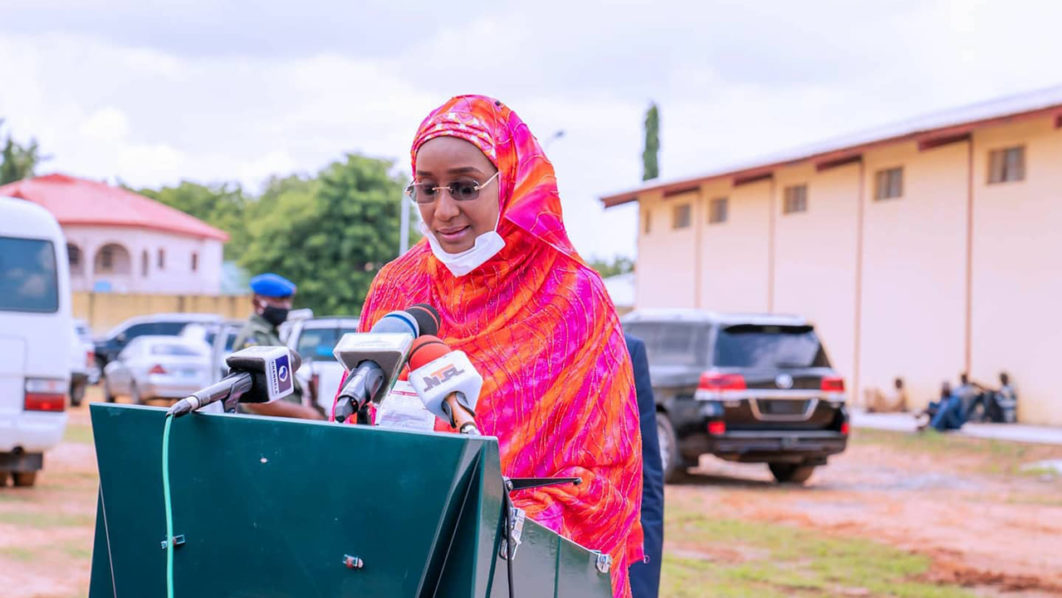 The Federal Government on Thursday commenced the disbursement of N20,000 cash grant to 5,000 poorest and most vulnerable women across the six area councils in the Federal Capital Territory (FCT).

The Minister of Humanitarian Affairs, Disaster Management and Social Development, Hajiya Sadiya Umar Farouq, at the inauguration ceremony in Abuja, said that the exercise was in fulfilment of the Federal Government’s Cash Grant for Rural Women Programme.

Farouq said the grant was introduced in 2020 to sustain the social inclusion agenda of President Muhammadu Buhari’s administration.

‘It is consistent with the president’s national vision of lifting 100 million Nigerians out of poverty in 10 years.

“It is designed to provide a one-off grant to some of the poorest and most vulnerable women in rural and peri-urban areas of the country.

“Our target in FCT is to disburse the grant to about 5,000 beneficiaries across the six area councils. The grant is expected to increase the income and productive assets of target beneficiaries.

“It is our hope that the beneficiaries of this programme will make good use of the grant to generally contribute towards improving their living standard.

“We believe, with the complementary efforts of the FCT Administration, under the leadership of the Minister, Muhammad Bello and the Minister of State, Dr Ramatu Aliyu-Tijjani, the target beneficiaries will be on their way out of poverty to prosperity.

“I am optimistic that with the support and cooperation of the stakeholders present here, we will remain on the track of lifting 100 million out of poverty by 2030,” Farouq said.

The minister maintained that the Buhari-led administration had paid more attention to promoting the plights of the poor and vulnerable in the country.

According to her, the president has been doing it in spite of the economic slump his administration inherited in 2015.

“I have personally witnessed the life-changing experiences of people who lived below the poverty line and those that are vulnerable to shocks,” she said.

Similarly, the Minister of State, FCT, Dr Ramatu Aliyu, said that the disbursement was a one-off grant to the beneficiaries.

She commended the president for the National Social Investment Programme, which she said had contributed to the quest to win the war against poverty, especially during the COVID-19 pandemic.

“I want to thank Sadiya Umar Farouq for her passion and quest towards the realisation of this project.

“The launch of this programme is a bold statement that the government is reiterating the readiness to do all that is necessary to join the comity of nations to fight the global economic downturn.

“It is also to put in place the needed shocks to withstand any future eventualities. The development thrust being to fuel the economic recovery from the bottom up,” she said.

The News Agency of Nigeria (NAN) reports that women, including those with disabilities from the six area councils of the FCT, benefited from the grant.