FEC meeting postponed for the second time since ministerial inauguration 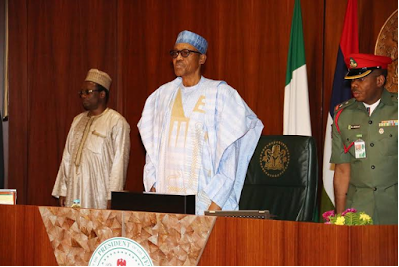 The federal executive council (FEC) meeting will not take place on Wednesday.

Garba Shehu, presidential spokesman, announced this in a statement on Tuesday.

He said the postponement of the FEC meeting is to enable the ministers the time to study and have their inputs in the memos submitted by their predecessors.

He added this would also give them time to familiarise themselves with their work place, and to also work towards the 2020 budget.

“The Federal Executive Council (FEC) meeting will not take place on Wednesday, September 4, 2019,” he said in a statement.

“This is due to the fact that all the memos earlier submitted to the Council for consideration have been returned to the various Ministries. This action will allow Ministers who were recently sworn in have their inputs in the memos sent by their predecessors in office.

“Similarly, the period is to enable the Ministers, who are still taking briefs from bureaucrats in the Ministries and familiarizing themselves with their work space, have more time to contribute to discussions at the meeting.

“They will also utilize the period of the break to work towards the early preparation and submission of the 2020 budget estimates.”

The meeting did not hold last week following the absence of President Muhammadu Buhari. The president was attending the 7th Tokyo International Conference on African Development in Japan.

The president had sworn in the ministers for his second term on August 21, but the first cabinet meeting with them is yet to hold.

Olympic Qualifier: Falcons beat Algeria 3-0 on aggregate, through to 3rd round