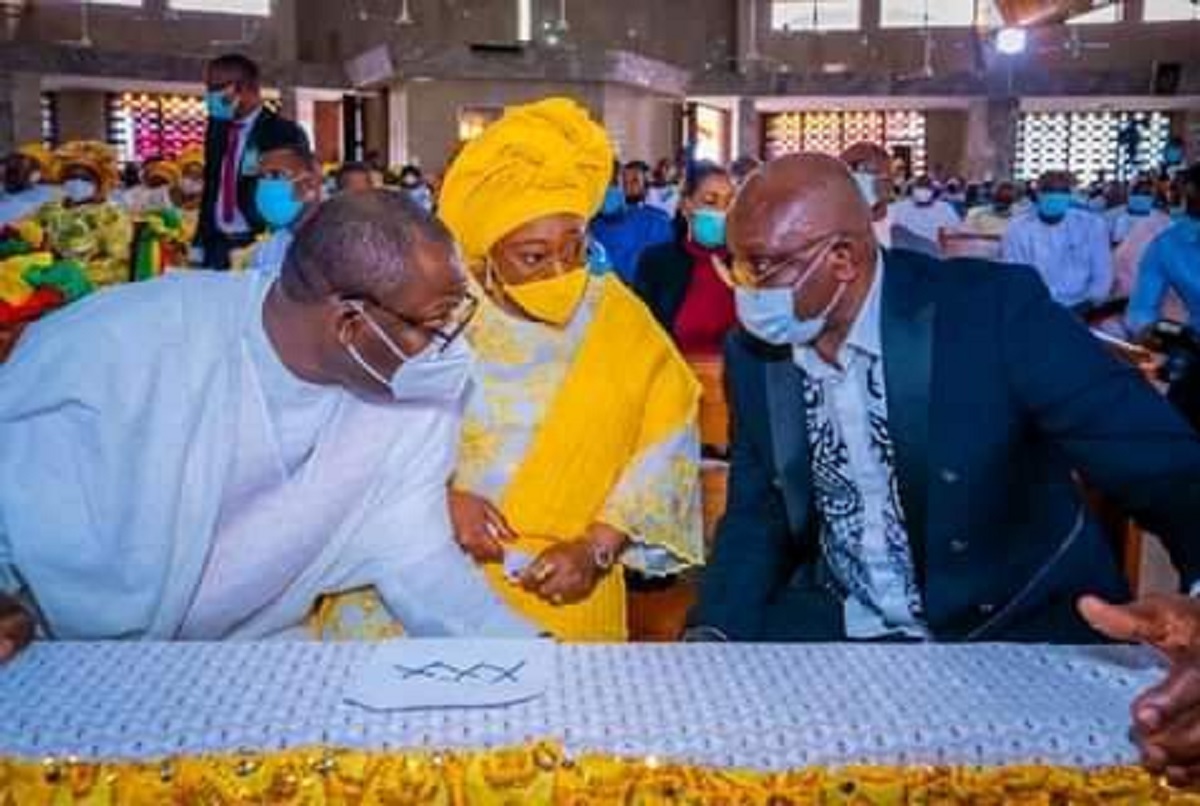 Both men were at a thanksgiving service held at St. Patrick’s Catholic Cathedral, Old Garage, Ado-Ekiti for the celebration.

Speaking at the service, Governor Fayemi said, “I am a product of grace because we human beings delude ourselves often when we think it’s our talent, our merit, our capacity and our competence that has given us the place where we are.

“Whatever we are is unmerited because there are thousands of others who are better than us but don’t have the grace to be there.

“That is why it is important for us to come for this thanksgiving mass for us. The challenges are there and what the Bible says is that not that we will not have challenges but they will not overcome us.

“The work is not yet done but we will continue to do our best the way our pathfinder, Otunba Adeniyi Adebayo left with his head held high, former Governor Ayo Fayose did his best for our state.

“Ekiti of our dream will become a reality if we all keep building on it without subtracting from it.

Speaking earlier, Catholic Bishop of Ekiti Diocese, Rev. Felix Ajakaye, advised Governor Fayemi to do everything possible to protect the new roads that have just been constructed and inaugurated from being destroyed by an influx of trailers.

Bishop Ajakaye expressed dismay that the recent influx of articulated vehicles and luxurious buses in the state is already taking its toll on the new roads which are gradually being destroyed.