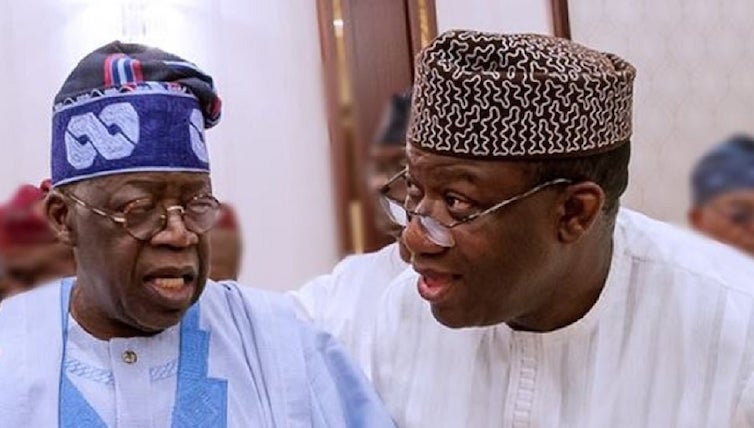 Governor Kayode Fayemi of Ekiti State, on Wednesday, met with National Leader of the All Progressives Congress (APC), Asiwaju Bola Ahmed Tinubu, over the forthcoming APC governorship primary in Ekiti State and the 2023 Presidential poll.

Governor Fayemi’s visit to Tinubu came barely two days after the latter revealed his intention to contest the Presidency.

Governor Fayemi, who also chairs the Nigerian Governors’ Forum reportedly engaged Tinubu over the latter’s Presidential ambition and the need to ensure that the South-West gets the APC Presidential ticket.

It would be recalled that Governor Fayemi, who himself is also believed to be nursing a Presidential ambition, had been accused of victimising  Tinubu’s supporters under the aegis of the South West Agenda 2023 and preventing them from holding processions in the state. Recall also that in the recent past, Pro-Tinubu groups had also conducted a parallel congress in Ekiti State.

The group is led by Sen. Dayo Adeyeye.

It is also believed that Governor Fayemi, in the forthcoming APC primary in Ekiti State, is supporting the immediate past Secretary to the State Government (SSG), Mr. Biodun Oyebanji, while the APC leader is rooting for Sen. Opeyemi Bamidele.