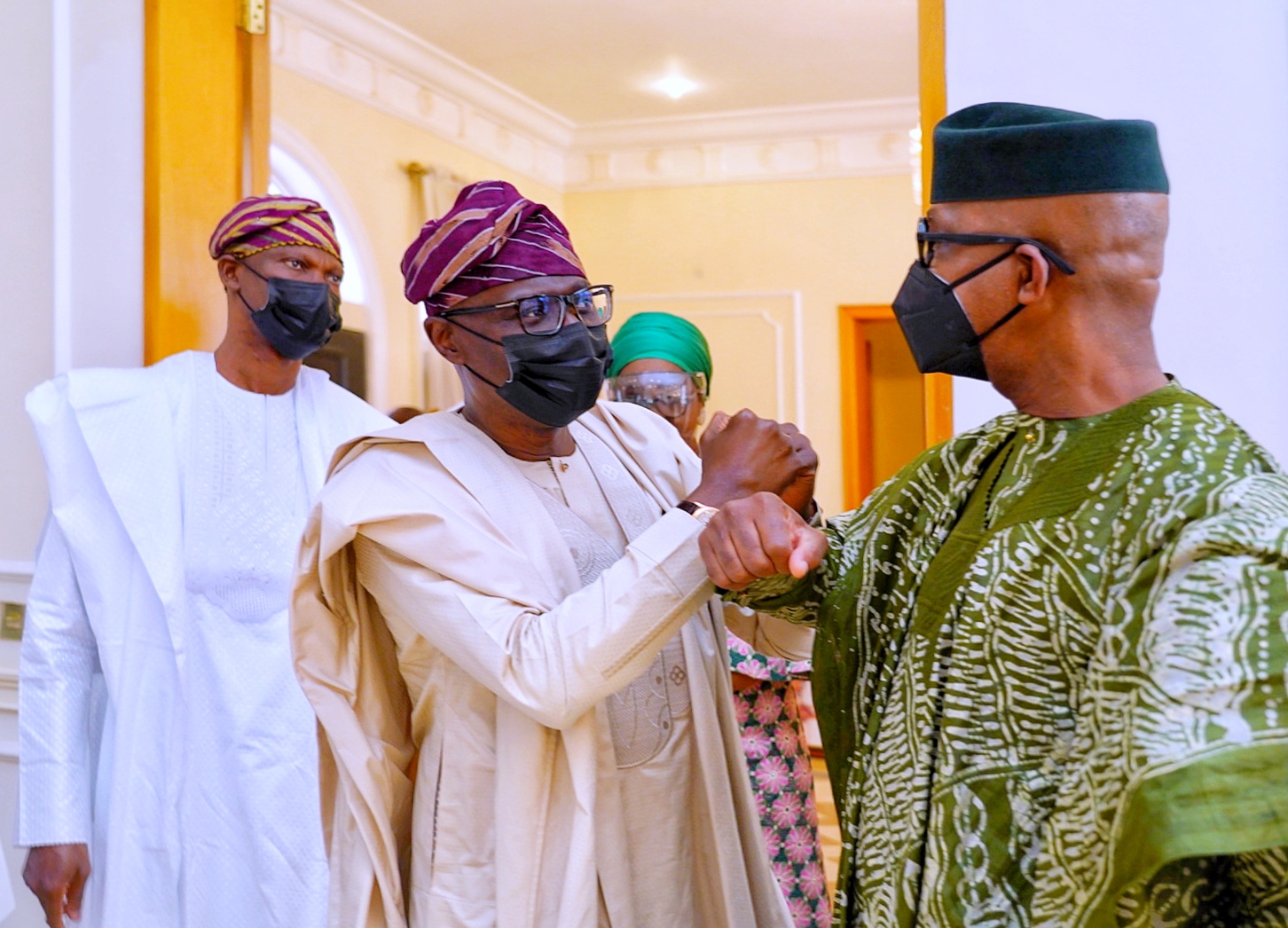 They described the father of the state governor as a ‘man who lived an excellent and a sacrificial life’.

Governor Fayemi noted that Pa Emmanuel Abiodun played an important part in the education development of the Western Region and Ekiti State in particular, as a teacher at the Christ School, Ado-Ekiti.

Said he, “When we look back to what Baba achieved in his life time, no reason to be sad. We are thankful to God that he lived well, served well and fought good fights, won many battles; we have every reason to celebrate him,” Fayemi said.

Also speaking, Governor Sanwo-Olu noted that Pa Abiodun was a role model, who used his teaching profession to impact positively on the lives of so many people.

On his part, Alhaji Mua’zu described Pa Abiodun as a ‘man who did his best for the people, his environment and beyond’.

Responding on behalf of the family, Governor Abiodun said his father was a great teacher who used the teaching profession to reshape the society by producing eminent personalities currently making positive impact in the country.