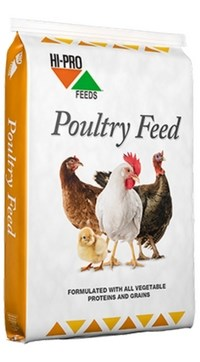 A local poultry farmer, Mr Joel Oduware, has decried the high cost incurred by local farmers in production and processing of poultry in the country.

Oduware, a member of the Poultry Association of Nigeria (PAN), made the complaint in an interview with the News Agency of Nigeria (NAN) on Monday in Lagos.

“The major challenge being faced by poultry farmers across the country is the cost intensiveness of production. Also the cost of pullets (the chicks of layers) has posed some challenges to local poultry farmers this year.

“The high cost of production, low selling prices and low purchasing power are some of the challenges we face in the Nigerian poultry industry.

“Most of the grains we use for bird feed are harvested in the northern part of the country and then exported to neighbouring countries hence the cost intensiveness of bird feed.

“Presently, the local major feed millers import their grains to use locally. We are producing enough grains but the truth of the matter is that we are not taking advantage of it locally.

“Because of the political interest, our grains are being harvested to the neighbouring countries for food so as to make additional gain or profits,’’ he told NAN.

Oduware said that cost of bird feed would crash if locally produced grains could be used to cater for indigenous farmers’ needs first, before the rest is exported.

He stressed that if grains could be made available within the country, then the cost of feeds would not only crash but the poultry industry would be boosted in all aspects.

“It does not make any sense that we do not have enough grains in the country, yet we export the little we harvested only to import at a higher cost later.

“When we are self-sufficient locally then we will think of exporting to the neighbouring countries.

“Apart from the poultry industry, a lot of some local industries are importing grains and yet we are producing enough grains, this should not be so,’’ Oduware said.

Reacting to the state of local egg production, the expert said the industry had no challenges, adding that Nigeria had been rated number one egg producer in Africa.

“On the Nigerian poultry scene, we presently do not have any challenges with egg production, we even have egg glut because there is excess supply of eggs that demand cannot cover.

“As regards egg production in the country, there are statistics that show Nigeria as number one in Africa in egg production, we currently do not have any challenges in that regards.

“Presently, there is a programme currently running in the country, it is called the National Egg Production Programme.

“It is aimed at supporting the National School Feeding Programme to ensure that the average Nigerian child takes at least one egg a day. (NAN)