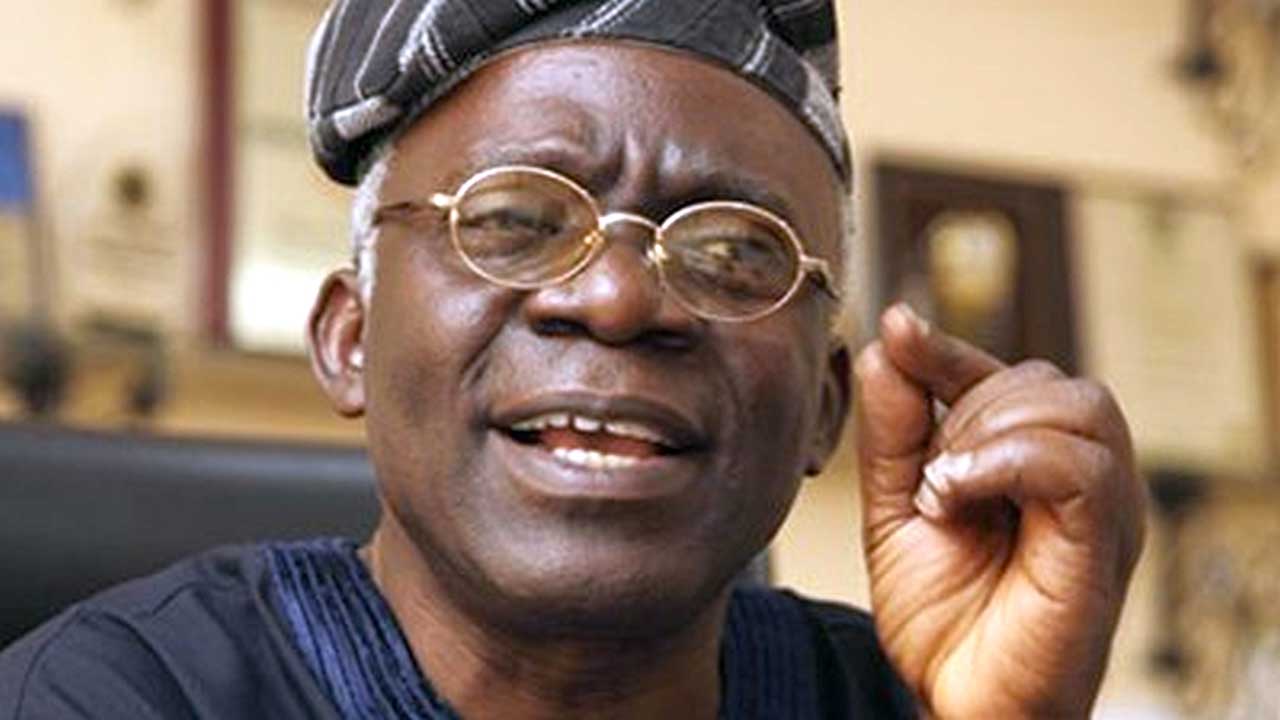 A legal icon, Mr Femi Falana (SAN), has called on the organised labour to partner with the Federal Government in the fight against corruption in the country.

Falana made the call in Abuja on Thursday at the opening of the Triennial National Delegates Conference of the Trade Union Congress (TUC).

‘‘The Federal Government must sit down with labour to ensure that the wealth of our country is not dissipated.

‘‘That is why I am going to call on Nigerian workers to collaborate with the Federal Government to fight corruption to a standstill, because you are the greatest victims of corruption.’’

The human rights lawyer noted that labour unions cannot continue to fold its arms and watch continued deprivation of the citizens.

Falana maintained that labour leaders should be committed towards defending the rights of the workers, saying this would go a long way to prevent all policies that stand against nation building.

The legal luminary said the place of labour in national development cannot be over emphasised as they are the vehicle which drives the change for the benefit of the populace.

While citing the provisions of Section 2 of the Constitution of the Federal Republic, he added that the commonwealth of the country should not be allowed to be concentrated in the hands of few persons.

Falana, who commended President Muhammadu Buhari for signing the national minimum wage bill into law, said such partnership was necessary to ensure that the law is implemented.

‘‘It therefore goes to say that the national wealth shall be deployed by government to promote national security, national prosperity and the welfare of our people.

‘‘In fact, Section 14 specifically says that the welfare and security of the Nigerian people shall be the primary purpose of government, therefore, knowing that the ruling class will not allow the government to promote security and welfare.

‘‘The Nigerian Labour Congress, Trade Union Congress and others have forced the ruling class to concede certain laws to promote the welfare of workers.’’

Earlier, Mr Bobboi Kaigama, TUC President, said the union would not condone any policy and laws that infringe on the rights of Nigerian Workers.

While congratulating the new leaders in the National Assembly, the President hinted that the 8th Assembly made little progress towards promoting the welfare of the citizens.

‘‘Now that an election was conducted and people emerged without any crisis, we expect to see a National Assembly that is focused, intelligent, peaceful and pro-people.

“The organised labour will not condone unbridled greed, laziness, indolence, or any form of anti-people laws in this administration, they have no reason to fail, no more excuses.”

According to him, with the country’s current debt profile still at N24.3 trillion, efforts must be geared towards ending borrowing, and looking inwards for self-sufficiency.

Secretary to the Government of the Federation, Mr Boss Mustapha, who represented the President, said the present administration would continue to support the organised labour towards improving the lives of all Nigerians.

He noted that the Buhari administration has made tremendous progress in ending insecurity of lives and property.

He gave assurance that the administration would continue to integrate rural economies into the national grid for the overall socio-economic development of the country.

Mustapha said such efforts included the target to create no fewer than 10 million jobs yearly, with a focus on agricultural development, power sector reforms and social intervention schemes.

‘‘Nigeria has made significant progress in food security, especially self-sufficiency in rice production, we will continue to strengthen our institutions towards ending corruption.

‘‘The executive arm is committed to having a good working relationship with the organised labour, that is why we signed the national minimum wage bill into law, we urge the states to implement it to the letter.’’

Parts of the activities for the triennial delegates’ conference would be the election of new leaders following the expiration of the tenure of Bobboi Kaigama-led executives. (NAN)