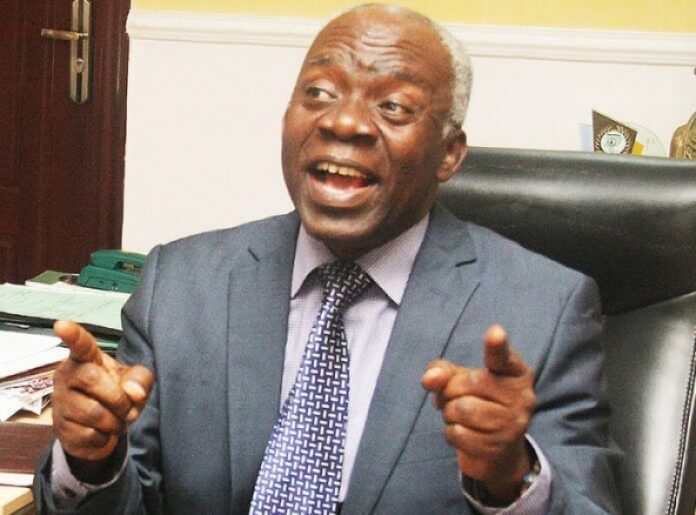 But speaking when he featured on a Channels Television programme, on Wednesday, Mr. Falana said such a directive should come from the president himself, and through a signed executive declaration.

Said he, “By virtue of section 35 of the firearms act, the president has to make a proclamation with respect to prohibition of possession of firearms and ammunition; that is the law. There has to be a proclamation.

“This cannot be an announcement by a media aide of the president. The president has to make a declaration and sign it, as if he is issuing an executive order and the condition would have to be stipulated because the announcement was to the effect that those who are carrying AK-47 in the bushes should be shot on sight.”

Mr. Falana said it would be out of place to commend the president for issuing a shoot-on-sight order without the necessary legal backing, adding that innocent persons might also be affected.

He maintained that existing laws require that those with illegal arms should be disarmed, arrested, prosecuted and jailed if found guilty.

“We criticised President Buhari when he gave a shoot-on-sight order on election riggers in 2019.

“We made it clear then and now that there are provisions of the law for dealing with election riggers, allegations of murder, possession of firearms.

“When you say go and shoot on sight, innocent people may be shot. Once the president has declared a war as it were on bandits and terrorists, and deploys armed forces, it implies that anybody caught with arms and ammunition would be shot, because they (referring to bandits) are killing innocent people, including raping women and killing children.

“If the president wants to call for death penalty, a bill has to be signed.”