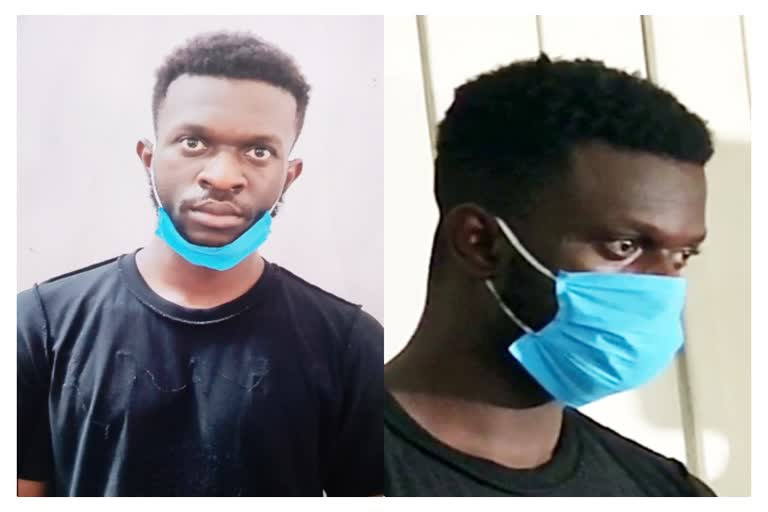 Police have arrested a 29-year-old Nigerian man on charges of cheating a woman from Chhattisgarh of Rs 24.96 lakhs (N13.8m) after posing as a doctor through a fake profile on social media site.

The Nigerian national identified as Auttara was arrested from Dwarka, Delhi and brought to Raipur, Chhattisgarh, police said on Monday, August 9.

Raipur Senior Superintendent of Police, Ajay Kumar Yadav, said that Auttara lives in Delhi and has admitted to cheating hundreds of women across India.

The woman lodged a complaint with the Khamtarai police station in Raipur that she became a friend with the accused on Facebook last month, Yadav said.

The man urged the woman to part with Rs 24.96 lakh in the name of the airport and foreign exchange immittances as well as other charges. She paid the money into various account numbers of the accused.

When the woman realized she had been cheated, she approached the police.

Based on a technical analysis of Facebook IDs, messages, mobile and WhatsApp and bank account numbers, the police traced the location of the accused and arrested him from Dwarka in Delhi.

Police recovered five laptops, 23 mobile phones, an ATM card and a passport from him.