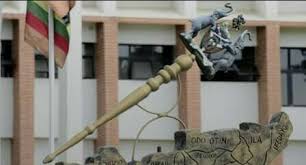 Mr. Tunde Olatunji, the Chief Whip of Osun State House of Assembly, has called on government to strictly regulate use of social media.

Olatunji told the News Agency of Nigeria (NAN) on Tuesday in Osogbo that fake news in the social media had the potency of plunging the society into “needless and avoidable crisis” if not checked.

The lawmaker, who noted that social media platform remained a veritable tool for citizens to responsibly hold government accountable, regretted that such millennium opportunity opened by technology had been consistently abused by a cross section of Nigerians.

Olatunji (APC-Ife North), however, opined that one of the ways to minimise the menace of fake news was implementation of legal framework that would enable Nigeria Communications Commission(NCC) monitor an individual’s mobile line or social media account.

“This will help to check spread of fake and injurious news since offenders will be known and be liable for prosecution.

“There is no doubt that this will bring about conscientious and responsible use of the social media tool that will bridge the gap of communication between government and the citizens.

“That promotes service delivery, reduce cost of governance and lead the direction for good governance.

” Section 22 of the 1999 constitution, which mandates the Press, Radio and Television to hold government accountable to the people, also creates a space for the social media, when a clause of its provision adds other agencies of the mass media

“But regrettably, this opportunity had been abused by those who orchestrate and spread spurious and erroneous information induced by exuberance sometimes, while at others times doing the hatchet job of some unpatriotic elements,” the lawmaker said.

Olatunji, who is also an Information and Technology expert, called on Nigerians to be more discerning and insist on sources of information before sharing such on their mobile tools

He also urged the NCC to compel GSM service providers to bar all numbers on their networks that were not registered as provided by the law.(NAN)