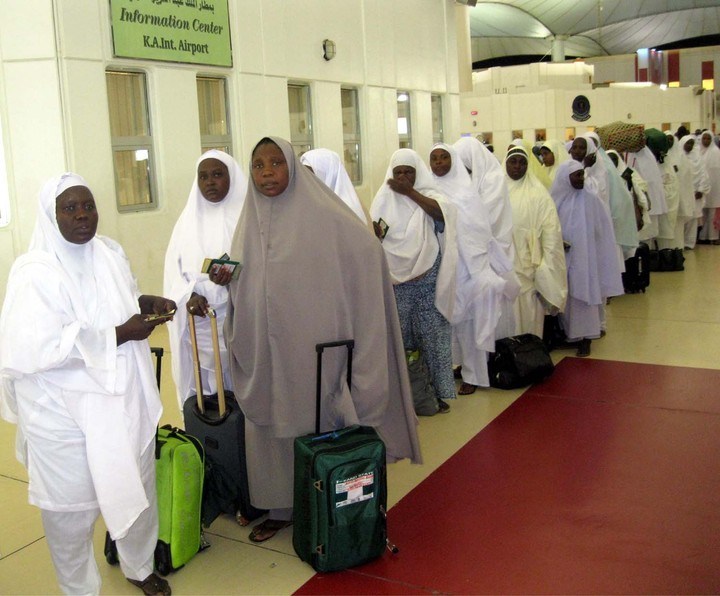 By Fatima Sanda Usara (With additional report by Ahmad Sani)

The National Hajj Commission of Nigeria, NAHCON, is fine-tuning plans to introduce The Hajj Savings Scheme in the nearest future. The scheme is a strategy to assist Muslims incapable of raising Hajj fare instantaneously to make small deposits over a long period of time.

Introduction of the scheme by NAHCON finds legality in the Commission’s establishment Act 2006 that mandates the Commission to establish supervise and regulate a system of Hajj Savings Scheme to be operated by the Pilgrims Welfare Boards of each State and the FCT.

The Act further mandates the Commission to set-up a Board of Trustees for the Savings Scheme comprising of men of integrity who are not members of the Commission. NAHCON is also at liberty to take other measures desirable for the success of the scheme.

It would be recalled that in several fora, the NAHCON Chairman had warned that with time, Hajj payment will no longer be like a supermarket transaction, meaning intending pilgrims show up any time they wish and pay for the Hajj without regard for planning period. Hence, the scheme is one of the strategies being proposed to ensure, not just proper planning but that shortlisting of intending pilgrims, on government quota, is done well on time and on an early comer order.

The scheme when started will be a safe haven for intending pilgrims to receive turnovers through investing their deposits in shari’ah-compliant transactions.

Though the main target of the investment is aimed at facilitating performance of pilgrimage at least once in a depositor’s lifetime, the potential benefit is that it will be a reserve that shall enhance the society’s economic capacity through providing socio-economic safety nets for public concerns and to persons identified by the Board of Trustees as deserving of its support.

At the individual level, besides generating returns for the depositors, Hajj Savings Scheme is believed, will introduce certain level of financial discipline and savings culture for the enrolled members irrespective of age.

The arrangement is that an eligible member will deposit a certain minimum amount that will be determined by the Board of Trustees. At the time of registration, the intending pilgrim shall identify the period he or she intends to perform the exercise. His contributions will be channeled into fund revolving ventures for profits to accrue.

If the depositor’s contributions pullulate enough profit to enable them perform the Hajj before the stated time, the person shall be given the option of proceeding for the Hajj or the transaction be continued on his behalf until his preferred time. Besides, under certain conditions, the depositor may even be allowed to withdraw his profits while the base remains in his account for continued investment. And at the appointed time, his whole profit will be returned to him in addition to the contract agreement to perform his religious obligation.

Some areas identified for investment by the scheme according to Head of Hajj Savings Scheme, Mallam Ahmad Sani include: investment in agricultural value- chain and cottage industries; investment in power/energy, education, housing, health and other critical sectors of the economy; invest in livestock and animal husbandry; invest in ICT research and development and investment in Hajj airlines operations and services.