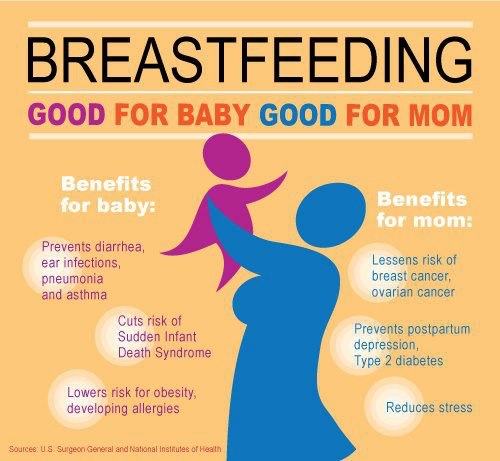 Mr. Usman Baraya, the Nutrition Officer, Gombe State Primary Healthcare Development Agency, says sensitisation on Exclusive Breast Feeding (EBF) is reducing infant mortality rate in the state.
Baraya told the News Agency of Nigeria (NAN) on Thursday in Gombe that majority of the diseases affecting children in Nigeria were caused by malnutrition.
He said that the agency was using the message of exclusive breastfeeding to reduce infant mortality in the state, adding that the campaign was being conducted in all the 114 wards of the state.
According to him, the level of acceptance by women at the grassroots has been impressive as a result of the successes recorded in that regard as most of the women reached have now adopted EBF.
“ Exclusive breastfeeding is very important in reducing infant mortality and we are using that as a tool to achieve results in Gombe State; exclusive breastfeeding is a way of reducing infant malnutrition in communities.

“As far as infants are not malnourished, certainly the number of deaths will be reduced because malnutrition has been one of the major causes of health issues for infants.
“When a child is well breastfed exclusively, the case of malnutrition is gone and the chances of survival will increase; this is the message we are giving our women in the state.
“As far as we are concerned in the agency, there is no alternative to exclusive breastfeeding within the first six months because breast milk has all the immunities that our infants require to resist illnesses,’’ he said.
The nutrition officer also stressed that aside advocacy, health workers from the agency in partnership with other NGOs had been teaching women across the state on how best to prepare complementary foods.
According to him, after six months of EBF, children can be given complementary diet in its right proportion based on the ages and needs of infants.
According to him, the agency had tackled the challenge of cultural belief through partnership with community heads and other stakeholders.
While appealing to pregnant women to jettison the belief that babies should not be breastfed within the first three days, he recommended that initiation of breastfeeding be done within the first one hour of life.
He advised women on the need to practice EBF for their babies and to also patronise hospital facilities before, during and after childbirth. (NAN)