…Gives insight into how he regained freedom from EFCC 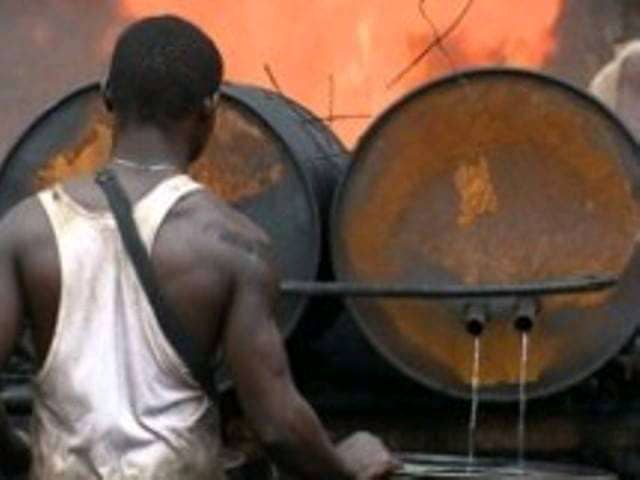 Azibola Roberts, a cousin to former President Goodluck Jonathan has backed a call for government to legalise production and patronage of local gin otherwise called Ogogoro or Kaikai.

A Barrister at law, the versatile Azibola Robert also became popular as the Chief Executive Officer of Mangrove construction Company which later became Kakata Construction Company and handled several  multi-million Naira contracts including dredging and  opening up several roads around Abuja, Bayelsa state and other parts of Nigeria.

But recently  he was in Yenagoa, the Bayelsa State capital, to campaign on what he described as the mind-boggling issue of addressing Ogogoro in a borrowed robe.

According to Azibola, for the locally brewed Izon drink, ‘Ogogoro’ to be ascribed  as ‘Illicit drink’ after over 60 years after Nigeria’s  independence amounts to economic under-development.

Further expressing pains from the bowels of his stomach, Roberts said he was pained that the locally-brewed alcoholic drink ‘Ogogoro’ or ‘Kaikai’ still remains outlawed  in the statute books of states in the federation.

Giving insight into the factors that might have drawn poverty to people in Ogogoro business in the rural areas of its production,  Roberts noted that alcoholic brands brewed abroad erre no different from the locally-brewed ones as the some people would belief and that that has hindered the growth of that industry hence the high level of poverty.

According to him, “Today l had the privilege to prick your conscience on some basic things like Kaikai.

“As l speak to you, Kaikai is illegal in the books of state governments such that it is labeled ‘illicit drink’. Kaikai is a basic occupation of our people.

‘How for God’s sake how come that Kaikai has labelled as illicit drink for 60 years since after Independence is what baffles people like us.”

Describing as an ‘irony’ that people whose livelihood is to brew the local gin are arrested, while those who deals on  alcoholic gins brewed abroad are considered as doing normal business, Robert called on politicians especially the lawmakers of the state assemblies  to expunge the obnoxious laws from the statue books, adding that if properly harnessed , the locally brewed drink factories can turn things around for the economy of the states.

He continued, “Those foreign drinks are local drinks of people elsewhere, just like our own Kaikai is brewed here, the only thing is that we have failed to identify the potentials of our own and act accordingly”.

Further explaining his concern, Robert pointed  out that basic science clearly showed that alcohol is alcohol and undergoes same basic process of distillery  and wondered why the craze for foreign alcohol to the detriment of the local ones  in the country.

“People spend 50, 60, 000 Naira for this foreign gins and do not do same for the local alcohol. There is no difference between the two. They are all mixture of water and alcohol,” he lamented.

Robert also gave an insight into factors that led to his regaining his freedom from the shackles of the Economic and Financial  Crimes Commission (EFCC) where he was incarcerated shortly after the end of former President Jonathan’s  administration.

He said that he was left off the hook because his hands were clean and did not steal from the nation’s treasury because whatever he did he ensured that his integrity was maintained.

Contrary to insinuations,  Robert declared that he has no political ambition as his interaction with the media was solely aimed at promoting the local gin which is mainly produced by the Izons and to make it more lucrative and economically viable .