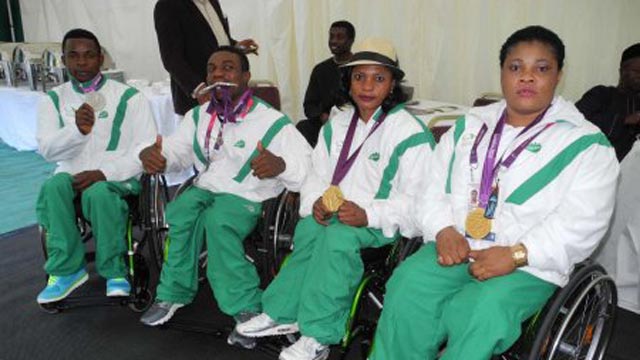 Monday Emoghavwe, the immediate past president of the Paralympic Committee of Nigeria (PCN), has urged the newly elected Brig.-Gen. Emico Eruwa-led board to give priority to para sports at the grassroots.

Emogbavwe said on Friday in Lagos that it was only with such dedicated approach that budding talents could be groomed to prominence.

He added that more federations in the para division were springing up because of the multiple advantage in the para sports, and therefore, it should be given due attention in the Eruwa’s administration.

“I am overwhelmed by the credible election which brought in this new board led by Brig.-Gen. Eruwa, and I believe that the passion to make an impact and surpass our record is there.

We have existing para sports but more persons living with physical disabilities are expanding their sports career in other beats which is a good development in the family.

This new board has a task to recognise these upcoming sports and channel them in the right direction to grow because expectations are high for them to deliver,’’ he said.

The former president said that para sports were being used to remove persons with disability off the streets and engage them meaningfully in sports disciplines that made them independent and responsible citizens.

“Gone are the days when persons living with physical disabilities were liabilities, rather they are now assets and people that are significantly contributing to sports development, the records are there.

The new board should strive to continue from where we stopped and get para sports going, bearing in mind that anything that brings success does not come easy,’’ he added.

Meanwhile, Eruwa told said that his predecessors have done well and that he would endeavour to improve on the state of affairs in the PCN as regards structures and administration.

He said that he would bring to bear good ideas, programmes and measures to take para sports to enviable heights.

“My predecessor has achieved a lot but I hope to do more on the things we met on ground so that whenever the immediate past board looks back, they will be happy and proud of us,” he said.

Others are Sunday Odion as Assistant Secretary-General, Ruel Ishaku (male) and Flora Ugwunwa (female) athletes’ representatives in the PCN executive board. The election was held on January 15 at the National Stadium, Lagos. (NAN)