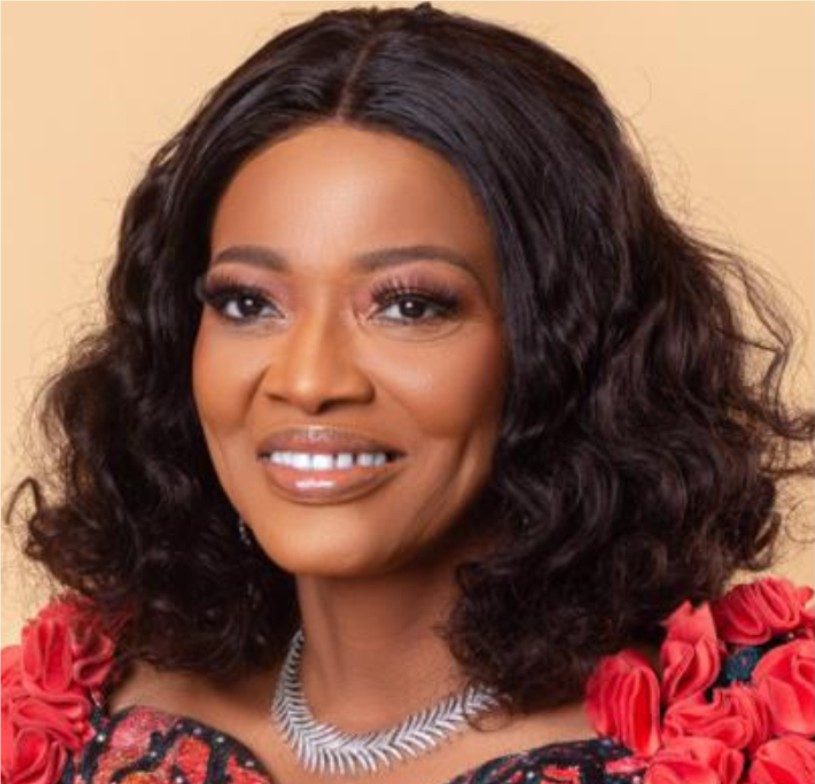 Hon. Adetoun Mutiat Adediran, a former deputy speaker of the Lagos State House of Assembly, LSHA has resurrected from death as she was being prepared for burial.

The former deputy speaker and woman leader reportedly died around 5 am on Wednesday January 5, 2022 after a serious illness and was being prepared for burial around 1pm on Wednesday according to Islamic Rites when she suddenly resurrected.

According to burial arrangements announced by the family, the 53-year-old  Adediran was to be buried by 2 pm at Ebony Vaults on James George Street, off Alagbon Close, Ikoyi.

According to reports and videos seen, Pall Bearers from Ebony Vaults were already on the ground and preparing her for her journey to the great beyond when the former Deputy Speaker resurrected.

She was immediately rushed to an undisclosed hospital where she is being observed further as of the time of filing this report.

A mammoth crowd could be seen gathered at her residence to rejoice over the “miracle” with many chanting “Praise the lord”, Alihamudulilai.

This extraordinary story was posted on the Facebook page of Otunba Sesan Rufai, the Chief Executive Officer of Goldmyne TV.

Adediran’s death had triggered a massive outpour of grief on social media with many lamenting her sudden death amidst an outpour of tribute.

One of such tributes came from the Lagos Central Senatorial District Leadership Forum.

This is to announce the demise of Rt. Hon. Adetoun Adediran (Former Deputy Speaker, LSHA and one time State Party and Lagos Central Woman Leader).

Burial arrangement according to Islamic rites as announced by the family below:

She is Survived by Children & Family” the statement reads.

Similarly, the Executive Chairman of Itire-Ikate LCDA, Ahmed Olanrewaju Apatira commiserated with the Executive Committee of the Lagos Central Senatorial District Leadership Forum over the demise of the former deputy speaker of the Lagos State House of Assembly and Former Senatorial and State Woman Leader Rt. Hon Adetoun Adediran

Apatira described the former deputy speaker’s death as a huge loss to Lagos Central Senatorial District and Lagos State as a whole.

He said the late Adediran was a visionary and exemplary leader who gave priority to the welfare of the people and laid the foundation for the enviable development taking place now in Lagos State.

“As the former Deputy Speaker of the Lagos State House of Assembly, Adediran had brought to bear her wealth of experience in laying the foundation for the development of the center of excellence which witnessed execution of people-oriented projects and programmes as well as remarkable promotion of harmony and peaceful coexistence among the diverse people of the state”.

“She was a virtuous and accomplished public servant who showed uncommon love for the state and the people, as symbolized by her constant preaching of peace, unity and well-being of the people as well as engagement with stakeholders during her service years as a public servant and a committed and loyal party official.

“On behalf of my family, legislative arm, management team and the good people of Itire-Ikate LCDA, I wish to express my deepest condolences to her immediate family, the government and people of Lagos State for this irreparable loss” he wrote in a statement he personally signed.